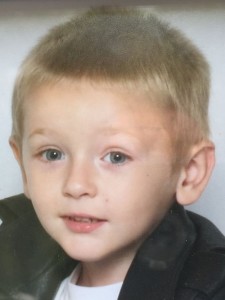 (Photo: Special to the Citizen-Times)

HENDERSON COUNTY DEPUTIES ARE CONTINUING THEIR INVESTIGATION TODAY AFTER A SIX YEAR OLD CHILD WAS ATTACKED AND KILLED BY A PIT BULL DOG TUESDAY AFTERNOON.

The dead little boy has been identified as Joshua Phillip Strother.

When animal enforcement deputies shot and killed the pit bull, deputies and emergency responders were able to push down a fence to gain access to the child.  The six year old child did not respond to emergency treatment and died on the scene.  Officers believe the little boy climbed over the five foot tall chain link fence to get to and play with the dog.

The attack happened around 4 p.m. on Piney Ridge Drive in the Mountain Home area.

Henderson County Sheriff Charles McDonald says with the information they have now, they have no evidence of any criminal wrongdoing.

The sheriff’s office says the 6-year-old was staying with his grandparent. The recently adopted pit bull was next door in the fenced-in backyard. Deputies are investigating how the boy got into the yard. 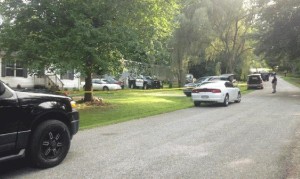 A 911 call from the boy’s mother said she went inside to use the restroom for five minutes and came out to find him lying in the neighbor’s yard. The boy’s mother said her son played with the dog and the dog was familiar with him, according to the call.

The mother told dispatchers her son and other kids climbed the fence frequently and that the home owner’s were not home, according to the 911 call.

A dog attacked and killed a 6-year-old boy who climbed a fence to enter his neighbor’s yard in Mountain Home Tuesday afternoon.

The pit bull was so aggressive that animal enforcement deputies had to shoot the animal so emergency workers could get to the child, according to a news release from the Henderson County Sheriff’s Office.

Emergency workers pushed down the fence to get to the child, but he did not respond to medical treatment, the release states.

In a 911 recording released by the sheriff’s office, the boy’s frantic mother calls emergency dispatchers around 4:15 p.m.

“I went to the bathroom and my boy is dead,” the caller says, weeping. “There’s blood all over his face.” 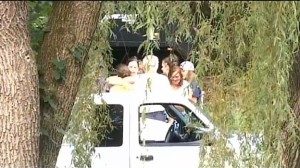 Joshua’s great-grandfather, Jerry Hayes, also of 163 Piney Ridge Drive, said the neighbors had gotten the dog about three weeks earlier and that it seemed friendly. Joshua had played with it more than once, Hayes said.

“It may have seen Josh coming over the fence and thought it was somebody breaking in,” Hayes said.

Fighting back tears, Hayes said his great-grandson was “smart as a whip. He could count up to 100 frontwards and backwards. He liked to ride bikes and climb. He was very active. He liked SpongeBob.”

Joshua would have entered the first grade at Mills River Elementary School in August, Hayes said.

The dog’s owners were not at home when the attack happened at about 4:15 p.m. Tuesday. When deputies and first responders arrived, they initially were not able to go into the yard because of the “aggressive nature of the pit bull,” Henderson County Sheriff’s Office Maj. Frank Stout said.

Victim Identified
UPDATE 07/08/15: The young boy mauled to death by a recently adopted pit bull in Henderson County has been identified as Joshua Phillip Strother. The late night update from Blue Ridge Now communicates portions of the painful 911 call made by the little boy’s mother who is 8-months pregnant, according to a neighbor. The news report also indicates the pit bull had only been with the unnamed dog’s owner and next door neighbor for two weeks before fatally attacking a child.1

“I went to the bathroom and my boy is dead,” the 911 caller says, weeping. “There’s blood all over his face.” The mother of Joshua Strother