BY THE TRIBUNE EDITORIAL BOARD

The word “hero” is often used loosely these days. It’s applied to stellar athletes, to off-beat adventure seekers, to fictional characters with superpowers. 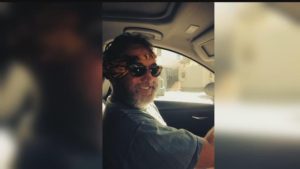 There’s nothing wrong with that, as long as we never forget to honor the true heroes among us — those who distinguish themselves not by playing football or scaling mountains, but through selfless acts of bravery.

Long was walking her small dog when, according to witnesses, she was attacked by two large dogs, a Belgian Malinois and a German shepherd, running loose in her Grover Beach neighborhood.

Fear came to her aid, at which point he was attacked, suffering severe injuries and blood loss. He died later at Sierra Vista Regional Medical Center in San Luis Obispo. Long sustained a broken pelvis and shoulder and will require four to six weeks of treatment, according to her family.

The Belgian Malinois, identified as the main aggressor in the attack, was euthanized; the other dog has been quarantined.

Tiny pinpricks of light glowed through the bitter, pounding rain on a dark corner of a Grover Beach neighborhood Friday evening.

The candles were held by almost 100 people, who despite the downpour had chosen to gather together and remember a man they call a hero.

David Fear, 64, died Dec. 16 from injuries he sustained three days earlier when he jumped in to protect his elderly neighbor, Betty Long, as she was being attacked by dogs in their Grover Beach neighborhood.

On Thursday, Grover Beach officials said the dogs — a Belgian Malinois and a German shepherd — were owned by Grover Beach police officer Alex Geiger as pets. The Malinois was determined to be the primary aggressor and was euthanized; the other dog remains quarantined while San Luis Obispo County Animal Services completes its investigation and forwards its findings to the county District Attorney’s Office.

Long suffered a broken pelvis and shoulder and is now undergoing rehabilitation to relearn how to walk, relatives said. 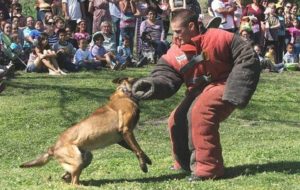 Alex Geiger, who was hired as an officer with the Grover Beach Police Department in September, was charged with two counts of failing to maintain control of a dangerous animal, according to the San Luis Obispo County District Attorney’s Office.

District Attorney Dan Dow said the criminal complaint alleges Geiger had “custody and control of a dangerous animal,” that “he knew that the animal was dangerous” and that Geiger “failed to use ordinary care in keeping the animal.”

An arrest warrant has been requested for Geiger, and a court hearing will be scheduled after he is booked into County Jail. If convicted, Geiger faces a maximum of three years and eight months in prison.

“The city continues to express its condolences to the family of Mr. Fear and wishes Ms. Betty Long a speedy recovery,” Bronson’s statement reads, referring to the woman injured in the attack and her neighbor, David Fear.

On Dec. 13, Geiger’s dog — a 2  1/2 -year-old Belgian Malinois named Neo — got loose and attacked 85-year-old Long as she walked her dog on the 1100 block of Nacimiento Avenue in Grover Beach. Fear came to Long’s aid and also was attacked. Fear, 64, died of his injuries three days later. 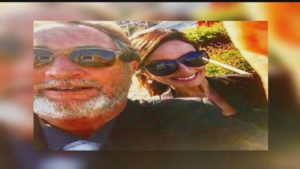 Neo was euthanized the afternoon of the attack. A second dog, a German shepherd also owned by Geiger, was determined not to have been an aggressor in the attack.

A Tribune investigation found that Geiger was hired by the city of Grover Beach following a year as a provisional deputy with the Kings County Sheriff’s Office and a two-year stint at the Exeter Police Department in Tulare County, where he served first as a provisional officer and later as a K-9 officer. While in Exeter, Geiger trained and conducted patrol operations with Neo for about a year before taking the job in Grover Beach.

Records obtained by The Tribune show that Neo once bit a trainer during an exercise, but the bite was not serious enough to take the dog out of service. Exeter officials have declined to comment on the dog’s training or service.

Geiger purchased the dog from Exeter for about $5,300 and signed a waiver of liability, protecting that city in case of injury caused by the fully trained police dog, Matthew Pierce, Exeter’s deputy city attorney, previously told The Tribune.

A month after Geiger was hired in Grover Beach, he lobbied police Chief John Peters to start a K-9 unit. Peters previously said a K-9 unit was one of several things the department was exploring at the time, but he noted that it was never approved and that the department had “no interest” in Neo as a K-9 officer.

A memorial is set up in a Grover Beach neighborhood where a man was attacked by a dog and later died.

“There’s probably not one person on this block that doesn’t know David, doesn’t know what happened and thinks that it’s just tragic,” said 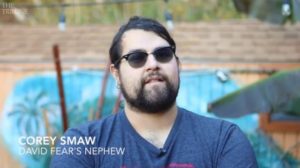 Last Tuesday, at least one dog attacked two Grover Beach neighbors on the 1100 block of Nacimiento Avenue. David Fear died over the weekend. He was 64. A second victim, 85-year-old Betty Long, is still recovering.

Two dogs were discovered to have escaped: a 2-year-old Belgian Malinois and a German Shepherd. The dog believed to be the aggressor, the Belgian Malinois, was euthanized. The other dog is being quarantined.

Flowers, candles and notes have now been placed at the end of Nacimiento Avenue.

2016 Dog Bite Fatality: Former Officer Charged with Felonies After his ‘Personal’ K-9 Killed a Man and Injured a Woman

The attacking Dog, a Belgian Malinois, Was a Dual-Certified Police K-9

Where Does Liability Fall?

First and foremost the liability of the mauling death of David Fear and injuries suffered by Betty Long falls squarely onto the shoulders of Alex Geiger — in this case having both civil and criminal consequences. We applaud the San Luis Obispo County District Attorney’s Office for

filing two felony counts against former officer Geiger. We hope that a jury of peers convicts. Beyond Geiger, the legal liability question remains murky and will take an excellent legal team to make distinct.

The question the public should consider is: 1.) Why is it okay for cities to absolve themselves of liability through a paper “waiver” after handing off attack-trained police K-9s to officers (or other individuals) after the dogs fail training, retire or in this case when the K-9 officer resigns? As we have emphasized before, these are extremely serious animals, not only trained in damaging bite work (See recent “Bite and Hold” Ninth Circuit ruling), but can also scale fences and walls.