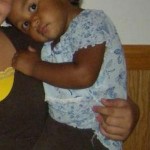 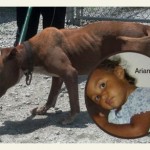 FLORENCE COUNTY, SC – The coroner released autopsy information Wednesday afternoon about a young girl who was killed during a dog mauling in Florence County on Tuesday morning, authorities say.

The victim was Arianna Jolee Merrbach, age 5, who was at a relative’s home when the incident with the pit bull mix dog happened, Von Lutcken said.

“The manner of death is classified as an Accident,” Von Lutcken said Wednesday. “The Cause of Death is due to Multiple Sharp Blunt Force Injuries/Trauma. Our prayers go out to the family during this difficult time.”

On Wednesday, family members were asking the community to keep them in mind during the tragedy.

“Please keep the Daniels and Merrbach family in our time of bereavement. Be with us thru this tragic time.,” said Tawanna Reeder, an older sister of Arianna.”Give us peace and calm mind.”

“Rest in Peace to my beautiful niece Arianna. I’m sorry baby girl you didnt deserve this I miss you and love you. My heart is hurt as long as your gone,” said Jordan B., the girl’s uncle.

Herbie Christmas with Florence County Environmental Services says the dog had been tied up and belonged to an aunt of the girl.

According to Christmas, this was the first deadly dog mauling in the county in his 27 years of service; on average they respond to between 8 and 10 dog attacks or bites a week.  He said that about 86% of dog related deaths in the nation are from pitbulls but only 5% of the nation’s population of dogs is made up of pitbulls or pitbull mixes.

Because the dog was tied up, he said the owner could be charged with animal cruelty.

“The animal in question was on a chain, and we do have a tethering ordinance in Florence County, which prohibits that activity under Florence County’s section six,” Christmas said.

Christmas said that the dog was brought into Florence County Environmental Services shortly after the incident and was euthanized.  The dog’s brain was sent to the state DHEC lab for analysis and to be tested for rabies.  He also said that the owner voluntarily gave the department their other two pitbulls; these dogs will remain at the shelter and treated the same as any other animal brought in.

The coroner said that a toxicological analysis will be performed on Arianna as a standard procedure.

A neighbor, Lulu Waddell contacted Environmental Services about year ago about the dogs, she said she was scared of them running in her yard.

“I was afraid of them because I don’t bother nobody’s pitbulls, so when I called, they made them tie them up in the back,” said Waddell.

Waddell said Arianna was a sweet girl who was always outside playing and would always greet Waddell with a smile.

Captain Mike Nunn with the Florence County Sheriff’s Dept. said that no charges have been filed against the owner at this time.  He said that he’s unsure what charges, if any, may be filed.

*Pit Bull Terriers need regular vigorous physical activity. They crave mental and physical stimulation. Regular long walks and plenty of play time can be ideal ways to burn energy. If their exercise needs are not met, they can develop destructive behaviors. They can often excel at physical activities, such as jogging and weight pulling. Some clubs admit them to agility and fly ball; others don’t because it is dangerous to have APBTs off leash near other dogs and the clubs don’t want to bear the liability in the event of an attack.