The 2-year-old pit bull named Diesel was in the family’s living room about 7:15 p.m. Sunday playing with Lisa M. Cittadino’s three daughters ages 7, 10 and 12 when Diesel turned on the child, deputies said. Cittadino, 32, toid police she turned her back momentarily and heard screams from her son and daughters.

Police said the child was near the dog’s food dish, which may have caused the dog to attack.

Gardinier did say that pit bulls are more dangerous than other breeds because they are hard to stop once they have started to attack.

“The thing about pit bulls is if things go wrong, they go very, very wrong,” she said. “If one attacks, it’s very hard to get them to stop. They are bred to latch on, to hang on, and that’s what they do.

“It’s very difficult to get them to release whatever they’ve latched onto, much more so than say with a German shepherd,” she said.

Children are especially vulnerable because they are at eye level with a pit bull, leaving the child’s face right at the dog’s mouth, Gardinier said.

Generally, Gardinier said she doesn’t recommend pit bulls as pets for families with young children, although it does depend on the dog, she said.

“As a general rule, I’d recommend families get a golden retriever,” she said.

The 11-month-old child was taken to St. Elizabeth after the attack 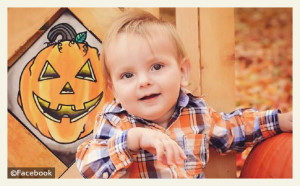 An 11-month-old child in Oneida County is dead after he was attacked by the family’s dog Sunday evening.

According to the Sheriff’s Office, the dog, a 2-year-old pit-bull named “Diesel,” was playing with the child and three other children at their home in the town of Marshall when the attack occurred.

Deputies arrived at the home and found 32-year-old Lisa Cittadino trying to give the child first aid.

Cittadino said she had turned her back on the children when she heard screaming.

She struggled to pull the dog off the child and then called 911.

The child was taken to St. Elizabeth Hospital in Utica, where he died.

Dog euthanized after fatal attack on baby in Oneida County

The family dog involved in the fatal attack of an 11-month-old boy in Oneida County Monday has been euthanized, according to the dog warden in Verona.

The animal attacked Lisa M. Cittadino’s 11-month-old son Sunday night while he was in the family’s living room playing with Cittadino’s three daughters. The baby died from his injuries, and Oneida County sheriff’s deputies said Cittadino asked that the dog be euthanized. 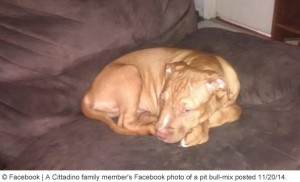 UPDATE 11/17/15: The dog involved in the death of an 11-month old boy has been euthanized, according to officials. Verona dog warden Susan Gardinier said that Diesel, identified as a 2-year old pit bull-shar pei mix,1 was put down today at the veterinarian in Wampsville. On Sunday night, the dog fatally attacked Lisa Cittadino’s baby while the animal was in the living room playing with three of the baby’s sisters, ages 7, 10 and 12. All three sisters witnessed the horrific attack.

1The photograph from a family member’s Facebook page posted a year ago (November 20, 2014) shows a pit bull-shar pei mix at about 1-year in age. Color and size descriptions were not provided in any media reports.

Most APBT puppies get along fantastically with other animals, including dogs. Puppies often love to play with and have companionship with other animals. This often gives owners a false sense of security. As the APBT matures, their relationship with other animals can change drastically. Often dog aggression issues emerge from 1-3 years in age, but some dog’s exhibit aggression as early as 6 months of age. They often will actively seek out other dogs to engage in fighting with and have broken their collars, crashed through windows, and torn through fences to do so, and one recently leaped from an apartment 2nd story balcony, to get to a dog. They can get along with other dogs at times, but things can escalate quickly and they can attack suddenly and for no apparent reason. They often redirect onto humans who try to break up the fight14. Extreme caution should be used with all animal interactions and owners should never be completely comfortable. They can be unpredictable and a dog that plays nicely with dogs for years can suddenly change. Many owners have been shocked to see their beloved pet’s fighting instincts suddenly surface. It is highly recommended that the APBT is

separated from other animals in the household when they cannot be supervised15. This is not a breed that is suitable for interactions at off leash dog parks16. 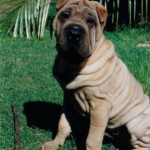 The Shar Pei is an ancient and distinguished “wrinkle” dog which is also known as the Chinese Shar Pei. This breed originates from the Guangdong province of China and was bred to guard palaces. For a time period they were used for hunting and herding stock animals. Shar-Peis are considered a rare breed from the Han Dynasty (c. 200 B.C.) and were not recognized by the AKC until 1991. The breed gained some popularity in the 1970’s in the United States. Many breeders rushed to produce these unique canines which caused the breed’s physical characteristics to change. Their wrinkles and rounded snout were exaggerated compared to their ancestors and as a result they developed a significant number of health issues. The name Shar-Pei is believed to come from the Cantonese word “sa peih”, which translates literally to “sand skin”.

Click here to learn more about the Shar Pei