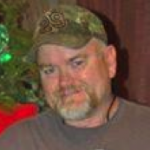 Dennis Baker was raised and still resides in Tracy, California. He attended Tracy High and San Joaquin Delta College. He currently owns his own business as a hay farmer. During his free time he enjoys fishing and riding his Harley. He is the father of 2 adult children and has one granddaughter, Kaylie. Dennis became involved in the canine education cause in July of 2012 when Kaylie was severely mauled by a dog. Since the attack, Dennis has been an advocate for victim’s families and survivors of dog related incidents. In honor of his granddaughter he organized the Kaylie’s Candlelight Vigil in October 2013 and now manages the Facebook page “Protect Children From Pit Bulls And Other Dangerous Dogs”. 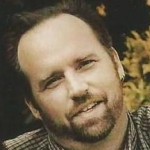 Jeff Borchardt was born in Port Charlotte, Florida, and raised in Powers Lake, WI. He  graduated from Wilmott Union High School and attended Carthage College in Kenosha, WI on a partial bass clarinet scholarship. Jeff always had a passion for music and played in the Kenosha Pops and aspired to play in the Milwaukee Symphony Orchestra, when a jaw injury led him to discontinue his schooling. Being a true artist, Jeff transformed his musical skills into being a Disc Jockey. This allowed Jeff to work with music on a different scale and to embrace his love of people. Due to constant mispronunciation of his last name, he became known as DJ Bogart. Being a Disc Jockey was more than just hanging out in bars, but a way to make people happy using the power of music. This career decision changed his life greatly and allowed him to meet his wife, Kim. Jeff and Kim have been together for 16 years and happily married for 10 of them. On December16, 2011, they welcomed their son Daxton James. Before Daxton was born, Jeff and Kim had two doggie children, their rat terrier/Chihuahua mixes Humphrey and Zeus. Jeff became a victims’ voice for people affected by canine related incidents, attacks, and deaths after his son, Daxton, died from severe injuries sustained in a dog attack. It is now Jeff’s mission to inform other families on the importance of canine education and safety in hopes of preventing further tragedies. Please use this link to read more about the story of Daxton Borchardt. 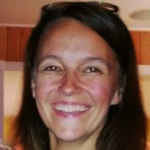 Ruth Halleran was born and bred in Georgia. She now resides on Hatteras Island, North Carolina, where she enjoys surfing, fishing, running, and bicycling. She is the mother of six children and grandmother of two.

Ruth spent much of her career in service to others. She took up the canine education gauntlet when her mother was fatally attacked by her brother’s pet dog. In honor of her mother, she has written about, met with political officials, and pushed for change in canine education for emergency responders and canine owners, as well as necessary law changes. Click here to read more about Ruth’s mother, Betty Todd 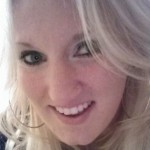 Susan L. Iwicki was born in Lake Forest, IL and raised near Lake Geneva, WI. She graduated from Badger High School and is currently studying cosmetology.  Susan has always had a passion for animals and has owned a variety of pets including, dogs, cats, small animals, fish, & reptiles.  She currently has two chinchillas, Raven & Poe, and two fire-bellied toads, Spot & Dot. In her spare time, Susan enjoys writing, reading, & cooking. In the warmer months you are likely to find Susan tending to her organic vegetable garden or home-canning the harvest.

Susan’s life changed forever on March 6, 2013, when her pet dogs viciously attacked her and Daxton Borchardt. Despite her best efforts, Daxton did not survive the attack. Her lack of knowledge about specific dog breeds contributed to her being unprepared for the incident. Susan’s mission is to save lives by encouraging other pet owners to be educated and realistic about their animals. 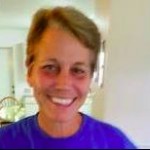 Beth Clifton hails from sunny south Florida and has been very active in her community as a public servant. She began her career in law enforcement as a police officer. After she left the police force she began a career with animals by working as a veterinary technician and an animal control officer. Beth also has volunteered for a local breed specific rescue by fostering and transporting animals for them. By working in several aspects of the animal field, Beth has gained experience working with all breeds of dogs from various backgrounds. She has joined forces with other animal welfare advocates in her community in an effort to improve the lives of both humans and animals. Due to her experiences as a police officer and animal control officer, Beth believes that proper canine education and awareness is critical to preserve public safety. Beth recently married Merritt Clifton, Editor of Animals 24-7, a non-profit online news website covering the humane community worldwide. Beth assists Merritt with Animals 24-7 in the capacity of photographer, Facebook editor and ‘Ask Beth’ columnist as well as general support in all areas of the organization. 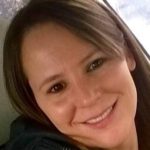 BRANDI MCNEELY
Brandi McNeely is the daughter of an avid animal lover, forest ranger, and wildlife rehabilitator. She volunteered with her mother at the North American Bear Research Center in Ely, Minnesota where she learned to track bears for the center’s research. She then worked for a veterinary hospital before and after enrolling in the Oklahoma State Veterinary Technician program for a year.

After completion of a Bachelor’s degree, Brandi was employed as a veterinary technician for seven years before taking a position at an Animal Control facility where she worked as an Animal Caretaker. Her responsibilities included the behavioral assessment of animals. She administered temperament testing and conducted the Meet Your Match Program, performed animal euthanasia, and evaluated animals identified in bite cases. In the position of Rescue and Volunteer Coordinator, she identified area shelters and rescue organizations for animals that could not be placed out of the animal control facility. Often these cases involved extreme medical or behavior issues.

Brandi managed the volunteer program for the facility and trained and supervised volunteers. Under her direction, the entire volunteer program was revamped to include training programs and seminars to empower volunteers with better animal behavior knowledge before they began the hands-on portion of volunteering. While at Animal Control, Brandi wrote several breed information packets for potential adopters that outlined the pros and cons of certain dog breeds. She also was a regular contributor to the Animal Control newsletter.

Since 2014, she has spent the majority of her time supporting public safety measures for canines. Brandi McNeely writes all canine information for the Daxton’s Friends for Canine Education and Awareness website and is a regulator contributor to their Facebook page. 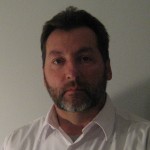 Tony Solesky married his wife, Irene, in 1982 and moved to Townson, MD, where he still resides today. Tony and Irene have two sons, Demetrious and Dominic, and a Brittany Spaniel named Retsina.

He started his career as an Iron Workers Apprentice, and then opened his own business, Two Ton’s Painting, with his Uncle Tony.

Tony has served as the Block Captain, President, and Vice President of the Townson Manor Neighborhood Association. Currently, he serves as a member of the United States Power Squadron District 5 Dundalk and promotes public safety and welfare through boater safety and education programs. He is a former Fleet Captain and member of the board of Governors as well as the current Vice President of the board of directors for the Red Eye Yacht Club.  In addition he holds a United States Coast Guard Charter Captains license with 50 ton masters and towing endorsement.

He joined the victim’s advocacy cause in 2007 when his son, Dominic, was critically mauled by a dog. In 2012 he gained national attention with Tracey vs. Solesky, which declared Pit Bulls and their mixes inherently dangerous in Maryland. He continues to work with legislators and victim’s advocacy groups all over the U.S. and with the Maryland General Assembly to improve victim’s protection and recourse on the matter of the “One Free Bite” Common law standard, which does not hold dog owners responsible for medical damages until the dog’s second bite.

Tony has written the free e-book, “Dangerous By Default”, which tells the account of Dominic’s near fatal attack and what the family endured afterwards. Please use this link to read the story of Dominic Solesky. At 10 years old he was critically mauled by a pit bull. 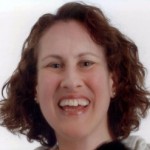 Sharon Yildiz works in the biotech industry and recently returned from 5 years in Istanbul, Turkey. Outside of work, Sharon and her dogs compete successfully in obedience, agility, sheep herding, disc (Frisbee), competitive weight pull, protection sports, and many more. Beginning her competition career in 1977, Sharon was one of the first competitors to switch to all-positive training in 1995. Since then, she has earned over 70 titles in a dozen dog sports, something accomplished only by a fraction of a percent of dog sports competitors in the world.

Her dogs have won multiple “High In Trial” awards, and have been nationally ranked #1 or #2 for their breeds in several sports. Her pets (dogs, cat and parrot) have performed on stage and on TV in five countries, and have also appeared in Hallmark cards, major commercials and advertisements, a popular sitcom, and the semi-finals of “Turkey’s Got Talent.” Sharon was also the Area Coordinator for the world’s largest pet therapy program, “Pets As Therapy” (UK), and was a licensed therapy dog evaluator in the U.S. and UK. Her Parson Russell Terrier was chosen as the national “Pets As Therapy” representative for 2000, appearing on stage at Crufts Dog Show. Sharon currently has two multiply-titled dogs: a 2 year old Papillon and an 11 year old Border Collie.

Sharon left the University of Wisconsin prior to completing her Ph.D. dissertation (Zoology/Animal Behavior) in order to launch a successful business as a dog trainer and behavior consultant. During her seven years in the business, Sharon taught 700 group obedience and agility students, and worked with over 300 dogs in their homes, nearly all for aggression issues.

Sharon’s many decades of working with dogs of all breeds and backgrounds led her to question the assumption that puppies were a “blank slate, requiring only socialization and training,” and led her to the conclusion that the vast majority of aggression is genetically hard-wired from birth. She has spent the past three years researching facts about the dangers of pit bulls and other fighting breeds, and now advocates publically for victims of dangerous dogs.