THE NO KILL PHILOSOPHY 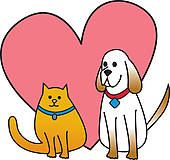 When addressing the concept of “no kill” in terms of animal shelters, it is important to know and understand the different terms commonly used in the animal sheltering business.

The term “kill” shelter refers to a shelter facility that will euthanize based on health, temperament, and space.

The term “limited admission” shelter refers to a shelter that has a choice in the animals they accept. They can turn away an animal for any reason. These shelters often refer animals they do not want to local area open admission/kill shelters. Most limited admission shelters follow a no kill philosophy.

While the no kill philosophy may look nice on paper, there are often ignored issues and problems. The concept of never euthanizing shelter animals often leads to animal cruelty, hoarding, and the placement of dangerous animals in homes.

Some animals have medical issues or conditions that require long and lengthy treatments and may reduce the quality of life for the animal. It may not be the humane option to treat an animal with a medical issue. Many issues may be costly to treat and may not be in the shelter budget. Many times animals go untreated due to budget constraints and it can be cruel to make the animal suffer without proper treatment. Sometimes the truly humane option is to euthanize an animal that has medical issues.

The concept of no kill often encourages or leads to animal hoarders. There are cases where animal hoarders get into the animal sheltering business because it is easy access to animals they can collect and hoard. There are some shelters that start off with good intentions, but accidentally fall into the hoarding trap. They start to take in more animals than they can handle and quickly become overwhelmed. Due to the numbers of animals that need care and budget shortages, animals often do not receive proper medical care or treatment. Since animals are not euthanized, those that suffer from medical issues, infections and disease may spread ailments to other animals. The living conditions in shelters that hoard tend to be extremely poor. Hoarding leads to a large amount of living, but neglected animals.

Public safety has been highly compromised in recent years due to the no kill philosophy. Animals that are not suitable for adoption are adopted out because they are not allowed to be euthanized. No kill shelters believe that every behavioral concern is trainable and can be worked with. Animals are highly marketed, much like a product, and the focus lies solely on their good traits. The concerning behaviors are often understated or not disclosed at all. Even breed traits and history are often ignored or rewritten to encourage adoption. Unaware owners are, ultimately, provided no option to take steps to prevent aggressive incidents and are often surprised when the animal acts aggressively. Families are often unsuspecting of the risk they may be taking by adopting certain dogs. Not every animal is suitable for adoption nor should be released into society. It is becoming a more common occurrence to have a shelter dog injure or kill people or other animals.

The term no kill can be very deceptive. When a facility is unwilling to euthanize an animal, does that mean it is not playing a role in the animal’s euthanasia? When a limited admission/no kill facility refuses to take an animal and the animal is brought to an open admission/kill shelter it still may be euthanized. There are also facilities that transfer animals to kill shelters to be euthanized. In the bigger picture where the animal is euthanized is not that important.

Daxton’s Friends for Canine Education and Awareness does not support “no kill” initiatives based on animal welfare and public safety issues. The concept of “no kill” leads too often to animal cruelty and the creation of dangerous situations due to the inability to humanely euthanize dangerous animals. It is believed that it would be more beneficial for shelters to function as “low kill”, which is the concept that medically ill or aggressive animals will be euthanized and healthy, adoptable animals will be placed into adoption programs. It would be more ideal to have a shelter system that does not euthanize for space issues and this could be achieved if unsuitable adoption animals were humanely euthanized.

7 thoughts on “The No Kill Philosophy”