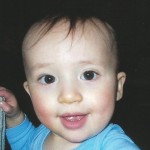 Our son, Daxton James Borchardt was born on December 16, 2011 at 10:08 AM.  Upon entering our world, Dax weighed 8 lbs 5oz and was 21 ½ inches in length.  Kim and I celebrated the birth of our first and only child at Lakeland Hospital in Elkhorn, Wisconsin.  He was named Daxton “James” because we wanted his initials to be DJ just like his daddy’s profession–James in honor of Kim’s father.

Like most first-time parents, we were nervous in the beginning.  However, with love and teamwork we were quick to adapt to parenthood.  Kim was a great mother who showed tremendous love and commitment to her baby and husband.  I couldn’t have asked for more.  Every day was a wonder as we bonded as a family.

One particular morning Kim woke me and said “look! He’s watching Mickey Mouse!” I said “No way! He’s too young to even know what he’s watching.” But sure enough, as soon as we turned the channel, he would look at us and get upset until we put Mickey Mouse back on. Dax’s favorite TV shows were Jake & The Never Land Pirates, Mickey Mouse, and Doc McStuffins.

As he grew, Dax’s hair was so cute and funny. His appearance was striking. He only had a patch of hair on top of his head shaped like a Mohawk. People would often ask us if we cut his hair that way. We always said “Noooo. We don’t cut our 6 month olds’ hair like a Mohawk. His hair was like that because when he slept, he would turn his head back and forth and rub it off.” 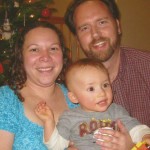 Dax loved to travel to different places and meet new people. There were two places that were special to him.  The balloon aisle at Wal-Mart was a must as he loved balloons! He also loved fish, kittens and birds which meant visiting Petsmart often.  Dax was a happy little dude with a great sense of humor even at his tender young age.  He thought everything was funny!  His belly laughs would often get everyone in the room laughing right along with him. Daddy would give him “zerberts “on his belly while his diaper was being changed and he would crack up laughing as hard as he could.

Dax loved anything with wheels. He was all boy!  He was fascinated with wheels that he could spin with his hands.  He loved toy cars and trucks and he would make the sound of a high pitched motor while playing with them.

Dax started to walk around 10 months and was really good at it by 11 months. He loved to dance. If you would put on any music, you could see him start to strut. He would plant one foot down and stomp the other on the floor while doing circles like a basket ball player that didn’t want to get a foul for traveling. But you could never get him to REALLY dance unless you took his pants off. The boy loved to dance naked for some reason. Mommy and Dax would bust loose to a music channel often. She would call daddy and tell him about it while he was at work. She described it as “dance party USA”. 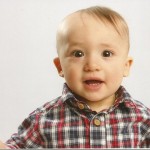 Mommy would sit on the floor with him and read him books. It wasn’t too long after that we would catch him in his room sitting on the floor with a book, (upside down) and he would be pointing at the words and whispering and turning the pages. He was trying to copy what mommy was doing. 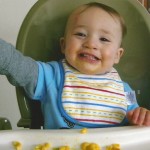 Kim and I loved to eat our popsicles. When we were sitting on the L-shaped sofa in the living room watching TV, he would hear us crunching on them.  He would walk from his room into the living room to where we sat and poke us with his index finger on our leg until we gave him a little piece to suck on. Next, he would retreat into his room and come back 30 seconds later asking for more. He was such a charmer!  When we were done he took great joy in playing with the wrapper making the crunch sound. This was great fun for Dax.

One of my best memories was; one time he climbed on the sofa in between Kim and I, and we gave him both of our Popsicle wrappers so he had one in each hand. He started to go crazy and was being a total goofball. He was waving them around and shaking them. He kept rolling around and around while shaking them all over the place. We were all laughing so hard and the harder we laughed, the more he kept doing it. He was such a little comedian. We miss him so much it hurts.

Looking back on our short time with our son we know we were blessed with a very special baby. Dax was a superstar. In my eyes, He was the cutest kid I’ve ever known. He had so many adorable qualities. As an energetic toddler, he was a great dancer with a huge smile and a contagious laugh.