Until today this 2013 dog bite related fatality victim was only known as “Daniel Doe.” With help from some volunteers, this little boy is no longer just another statistic.

Daniel Jackson Teubner was a special needs child, one of five foster children. He was adopted by Raymond and Lillian Teubner.  They had an older adopted daughter who was not present when Daniel was mauled at the home of Lara Czerniski. His death by pit bulls occurred in Gilbert, Maricopa County, Arizona on September 22, 2013. 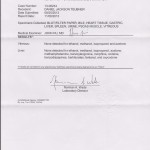 Lara Czerniski, kept her four full sized pit bulls in her home. Three of them were referred to as puppies but they were described by Animal Control as large dogs.  Cleo was a 4 year old black pit bull of medium size and the mother of the pit bulls. The Animal Control reported that they include 2 black male pit bulls and one unaltered female pit bull. Lara was able to get Cleo, the mother dog back after the mauling claiming that she did not participate in the killing of Daniel. 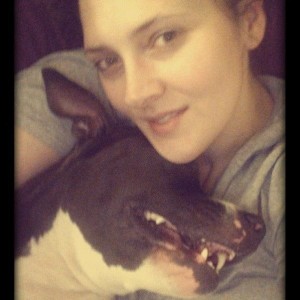 Lara had posted a photo of herself and a pit bull on her Facebook page until recently. It is believed that this dog is Cleo. The news reports that the adoptive mother, Lillian was out of town in Flagstaff and had left the children often with Lara. It was inferred that Lara was a “Respite Care Giver” but it is not clear whether she was registered in the state of Arizona. She took care of the Teubner foster and adopted children on a regular basis but usually at the Teubner home. It was reported that Lillian met Lara through a foster or adoption agency a number of years before this attack.

After the mauling of Daniel, Lara immediately retained a lawyer, John Paul Jones, while at the hospital ER and no more information seemed to have been released.  When interviewed Lillian was said to have no desire to have Lara prosecuted.  The case was

dropped and Baby Daniel was forgotten. Lara Czerniski did love her pit bulls though.

An anonymous caller to the police claimed that Czerniski’s dogs had killed livestock.  Lara said “I had goats” She claimed that coyotes had attacked and nearly killed one but the pit bulls were more curious than anything. She denied that they killed or even bitten the goat.

“I shot it” Lara said. She denied any history of her dogs attacking.

“They slept in my bed every night”.

The adoptive mother was Lillian Teubner. “I think I like chaos, I think I thrive on it,” she said. “Right now I’m down a few kids, and I’m trying to figure out what to do with myself. I’m used to just going.” – Lillian Teubner as published in a story by Mark Goldberg on May 22, 2008 (Special for the Republic). Lillian had been fostering and adopting children for some years and was associated with AASK or Aid to Adoption of Special Kids/Arizona. http://www.azcentral.com/community/scottsdale/articles/2008/05/22/20080522sr-wedchild0521.html

Draw your own conclusions. 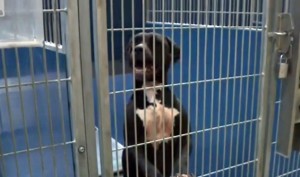 The toddler was with his siblings at the babysitter’s Gilbert home when the dogs began to fight. The boy somehow got trapped in the middle when they attacked, and the frantic babysitter was seriously injured trying in vain to pull him free.

A 2-year-old Arizona boy died after he was mauled by three dogs when they began to fight inside his babysitter’s home, police said.

The special needs toddler, whom family identified only as Daniel, and his four older siblings were being cared for by the 28-year-old sitter when a spat erupted between a pack of pit bull-mixed dogs inside the Gilbert home on Sunday, police said.

The little boy somehow got trapped in the middle of the dogfight when he was attacked, police said. The frantic babysitter, who was not identified, was also bitten in the arms and legs as she tried in vain to pull the boy free.

“He’s barely breathing,” she told a 911 operator, according to a recording of the emergency call aired on NBC News. “The dogs attacked him. … His lips are turning blue.”

Emergency crews arrived moments later and the boy was rushed to a nearby hospital, but he could not be saved.

The 28-year-old babysitter was watching five children when the attack happened about 11:30 a.m. at her home in the area of Val Vista and Melrose.

The other children were not harmed. They included two 9-year-old boys and two girls, ages 6 and 7.

She said their investigation would continue before making a decision on the fate of the dogs.