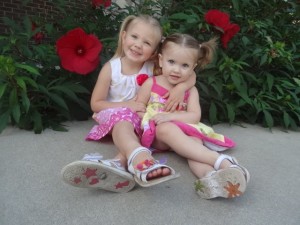 P.S. My brother had raised many pit bulls and one particularly captured our hearts…He was the sweetest well mannered gentle dog I had ever seen…I was always told the aggressive ones were because they were trained to fight and it was all in how they were raised….and if u got them from puppies that was the best way to raise any dog…Both of the dogs who attacked were brought home as puppies and picked out by Kara…These dogs never displayed any people aggression. ..always sat dutifully by her side ..watched her have tea parties, sat by her side when she was sick, thought they were lap dogs and liked to snuggle…..no warnings…no snapping..no growling…….just snapped!

“The American Pit Bull Terrier is, like all the ‘bully’ breeds, one of this group of descendants of the British ‘bull and terrier’ type fighting bulldogs. Once imported into the United States, it was bred up to be bigger again, and again used in baiting animals and in dogfighting. The American Kennel Club (founded 1884) was unwilling to register these fighting dogs, so in 1898 the United Kennel Club was founded specifically to register working pit-fighting dogs and to promote dogfighting. In order to be registered, a dog had to first win three pit fights7,8,9. The American Pit Bull Terrier (APBT) became a ‘breed’. As dogfighting declined in popularity in the 1930s and 1940s, Colby (the most famous and prolific breeder of these dogs) began to search for a new market and began promoting the APBT as family pets10,11. This despite the fact that his breeding lines included child killers12.”