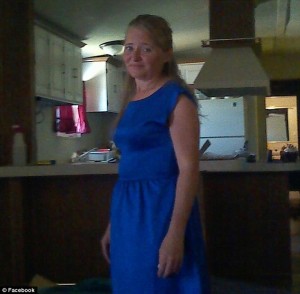 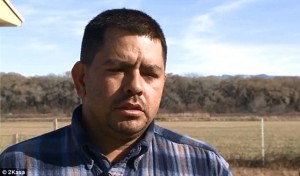 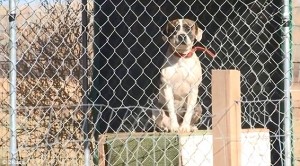 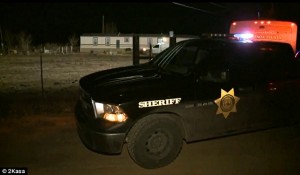 ‘They were our children’: Boyfriend of woman mauled by pit bull mourns loss of girlfriend and their pet dogs

The boyfriend of a New Mexico woman mauled to death by a pit bull on Friday night described the attack as a freak accident.

Michal Nelson was breaking ice in the dog’s water bowl when the animal attacked. The 41-year-old’s body was found by her son who then shot the pit bull.

Four other pit bulls being kept on the couple’s property were handed over to authorities and euthanized.

It’s really hard to lose five family members in one day basically, because they were our children for years and years,’ Nicholas Hare, who had been with Ms Nelson for 15 years, told Kasa.

The couple, who had about 300 rescue animals on their property, had owned the dogs for about four years.

Police reportedly removed four other pit bulls that were found to be aggressive.

‘They are pit bulls, but there is no indication that they were bred for or were fighting,’ Sheriff Louis Burkhard told KRQE News 13.

All of the animals found on the property were healthy and were well cared for, police confirmed.

‘Michal had such love in her heart for every one of God’s creatures,’ Mr Hare said, adding that the dogs had been adopted from various litters and homes.

The couple were dedicated to rescuing animals, from dogs and cats to goats.

Twelve dogs were in the outside pen where Ms Nelson was fatally attacked at about 5pm. It is not known what caused the pit bull to attack, and it was shot by Ms Nelson’s son when he came home and found her body.

‘This was something that came completely out of left field and it was … it was her time as horrible and tragic as it was, it was,’ Mr Hare said.

Valencia County Sheriff’s Department said no criminal charges are expected to be made against the family.

Ms Nelson was remembered as being kind, selfless and loving.

‘There was nobody happier in this world. She could brighten anybody’s day and she always did’ Mr Hare said.

The family are planning a memorial for her but because Ms Nelson had no life insurance, they are struggling to raise the funds.

-“It was Her Time” UPDATE 12/16/13: We are issuing a warning for readers about this update

“Breeds in the Pit Bull family are the most common surrendered and stray dog breeds in the animal sheltering system. They are also the most commonly euthanized dog breed. Owners are often unaware and unprepared for these breeds. While many families own bully breeds successfully and have only positive experiences with the breed, there are families they are not suited for. Because shelters are so full of APBTs and other Pit Bull types, it’s important to neuter your APBT rather than breeding it – for the sake of the APBTs themselves18. No dog lover wants to breed any kind of dog only to have it quickly end up in a shelter after it’s sold!”