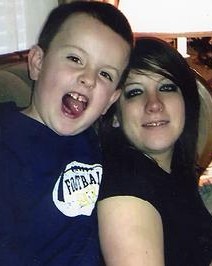 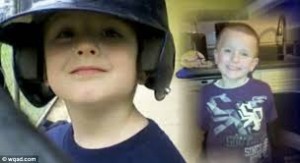 Owner of dog that killed child: ‘I want to die instead’

Not since March 2. Not since her pit bull killed a 7-year-old boy visiting her own children.

Ryan Maxwell died at 1:41 p.m. March 2 after Ashiyah’s pet, Ghost, attacked the boy in the backyard of the Whiting Avenue home she shares with her mother, Susan Ferguson.

Ashiyah tried to convey her horror, regret and grief.

Ryan’s mother, Sarah Mead, has a 1-year-old child with Jeffrey Ferguson — Ashiyah’s brother. The Fergusons said Ryan had visited the residence on Whiting Avenue “many times” and was considered a member of the Ferguson family.

“Ryan was like a son to us,” Susan said. “He was one of us. We considered him one of our boys. He had been around the dog before and grew up with it. Ryan was no stranger here, and we loved him very much.”

The Meads told GateHouse News Service that Ryan rarely played there and didn’t know a “dangerous dog lived there.”

Ashiyah said she didn’t think it was “right to question anything the Meads said.”

“It’s all just horrible. It’s all still horrible,” she said. “I’m not going to question anything. I was responsible for that child. I loved that child. And now he’s dead.

“He’s dead because my dog snapped and did something I had never, ever seen in him do before.”

Ashiyah and her mother reconstructed the events leading up to Ghost’s attack on Ryan on March 2. Susan said Ryan’s 1-year-old brother also stayed the night.

“We went roller skating Friday night with my two youngest children, who are 7 and 8,” Ashiyah said. “We had so much fun. And then we came home and built a little spot for them on the floor and we watched ‘The Babysitter’ together.

“I put my youngest to bed because he needed to sleep, but Ryan stayed up for the movie and the two boys had fun. That’s all I wanted, for them to have fun.”

As was his habit, Ryan woke up before anyone else in the house.

“He was up and I was up, so I sat on his bed and we just talked a while,” Ashiyah said. “Then he asked if he could wake up my youngest boy and I told him that I thought that it would be a good idea.”

The youngest two boys spent the morning playing with Ryan. Ashiyah and her mother made breakfast, and Ashiyah brought home McDonald’s for lunch.

After lunch, Ashiyah laid down for a nap. So did the 1-year-old. Susan watched the three boys play in the backyard and later moved to the kitchen to do dishes and keep an eye on the boys from the window over the kitchen sink.

Ghost was chained to the deck at the rear of the house.

“I walked away for a minute to check on the baby,” Susan said. “And our youngest came in screaming.”

Susan and Ashiyah found Ryan just outside the home’s rear sliding-glass doors and Ghost had a hold of the boy’s throat.

Ashiyah said nothing could free Ryan from the dog’s jaws. She could barely contain her anguish during the interview.

While she and her sons scrambled to try to free Ryan, Susan called the police, who got the dog to release the boy and then shot and killed it when it turned on them.

Ashiyah said her pain and grief and feelings of guilt will never go away. At McDonald’s, where she works, she was known by her nickname “Pepsi” and for her infectious smile.

She hasn’t returned to work. Since the incident, she has a hard time telling if she is awake or “something else.”

It’s all gone now,” Ashiyah said. “I look at my own children, and I feel guilty. I want to go back and trade places with Ryan. I want to die instead.

“And that’s why I can’t imagine what Sarah (Mead) and her family are feeling. I’m dead inside. There’s no more smiles. No more smiles. I watched a child lose his life and I couldn’t stop it. There’s nothing left inside me.”

Nothing, she said, except for grief and guilt and anguish and horror.

-Ryan was brutally killed by a pit bull while visiting the home of Susan Ferguson on Whiting Avenue on March 2.