Skip to content
Home » Blog » Canines in the news » Girl, 7, mauled to death by dogs near Winnipeg 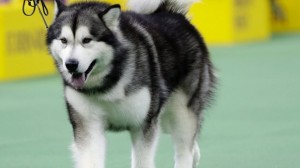 An Alaskan malamute competes in the Westminster Kennel Club dog show in February. RCMP said two Alaskan malamutes have been seized after a seven-year-old girl was mauled and killed in Oakbank, Man., over the weekend. (Frank Franklin II/The Associated Press)

A seven-year-old girl is dead after being mauled by two dogs belonging to friends of her family near Oakbank, Man.

RCMP said the girl was attacked just before 3:30 p.m. on Sunday. She was rushed to the Children’s Hospital in Winnipeg where she was pronounced dead.

RCMP said the girl was at the home of family friends when she was attacked. Shortly after, Springfield Animal Control seized two Alaskan malamute dogs.

Dan Fryer, the animal control officer who seized the two dogs, said they have not been destroyed and have not been acting aggressively since being taken into custody.

“Right now we have them in a secure facility, and they will stay there until we get further direction,” said Fryer.

RCMP said they will not be releasing the name of the girl but did say she was from St. Andrews. 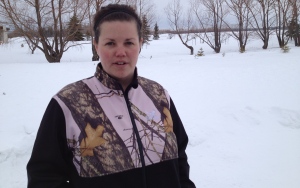 Kristin Nicholson lives next door to the people who owned the dogs. She said she wasn’t aware of any other incidents involving the dogs. (Caroline Barghout/CBC)

Kristin Nicholson lives next to the home where the dog owners lived. She said she didn’t know of any other incidents with the three-year-old dogs, who are named Shadow and Bear. 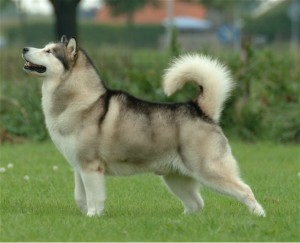 The Alaskan Malamute is a large dog that was originally used to pull heavy weight long distances for the Inuit Malemut peoples. They may share their ancestors with the Siberian Husky, which is lighter in weight. Besides pulling freight, the Malamute was designed to alert camp sites to large predators and alert hunters to seal blow holes.  In the harsh conditions of the Artic, the Inuit often had to keep the dogs on the verge of starvation. The dogs were (and often still are) kept in semi-feral conditions, though they still had to be safe for handling by humans1.

The Alaskan Malamute is the official state dog of Alaska.

In North America, from 1982-2013, Alaskan Malamutes have seriously attacked 13 humans that resulted in 5 maimings and 5 fatalities.

Click here to read more about the Alaskan Malamute