Skip to content
Home » Blog » Editorials » How many other animals did pit bulls kill last year? 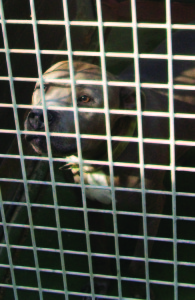 How many other animals did pit bulls kill last year?

About 30,000 pit bulls were involved in attacks on other animals.  There are about 3.2 million pit bulls in the U.S. at any given time,  according to the my annual surveys of dogs offered for sale or adoption via online classified ads.  Thus in 2013 about one pit bull in 107 killed or seriously injured another animal,  compared with about one dog in 50,000 of other breeds.

Responded Ed Boks,  executive director of Humane Society of Yavapai County,  Arizona,  when I posted this idea to Facebook:  “I would agree with that formula Merritt!  There is no excuse for allowing,  much less encouraging, risky adoptions just to maintain numbers.”  An avowed pit bull advocate,  Boks while heading the animal control agencies serving Phoenix,  New York City,  and Los Angeles presided over more pit bull intakes,  killing,  and adoptions than any other shelter director in the U.S.,  with no known instances of a pit bull that his agencies rehomed going on to kill or disfigure a human.

(See also “The science of how behavior is inherited in dangerous dogs,”  by Alexandra Semyonova,  https://www.animals24-7.org/2013/07/11/the-science-of…ggressive-dogs/.)