Skip to content
Home » Blog » Editorials » Second:29 by Galileo Dog – A lion and a Cane Corso as a pet

Being an avid animal lover, I belong to many animal advocacy groups, receive tons of mail from these groups, and follow many animal websites.  I participate in Facebook pages and my friends send me every cute animal video they find. I admit that I barely read or watch most of what is brought to my attention.  After a long day working with animals, sometimes it can be overwhelming. I even switch channels when I see the ASPCA Sarah McLachlan video and a few times have yelled at the TV in anguish begging Sarah to let me have one night in peace. Tonight,  I saw a video that caught my eye and I was compelled to watch it.

I have never been a fan of exotic animal ownership. I know that it leads to poor living conditions for the animal, diminished quality of life, and dangerous situations. In my opinion, most who dabble in exotic animal ownership seem to experience a mental state which is sometimes referred to as the “Lion Tamer’s Complex”. Experts have postulated that pets often serve as an extension of one’s ego not only giving us comfort and companionship but serving to make one feel important in life. (Ryder, R. D. (1973), Pets in man’s search for sanity. Journal of Small Animal Practice, 14: 657–668. doi: 10.1111/j.1748-5827.1973.tb06404.x ) I have extended this theory to people also drawn to dangerous dog breeds. After years of watching this phenomenon up close with my associates, tonight’s video completely validated the theory in my mind.

The video ends as it began with the clip of the lion attacking the houseguest. The viewer can see that the lion was raised by a loving, possibly mentally unstable couple in a nice, clean environment.  However, after all that, the lion was still a lion. It could not be tamed or domesticated. The couple had little control over the large cat at the moment its genetics and instinct took over. 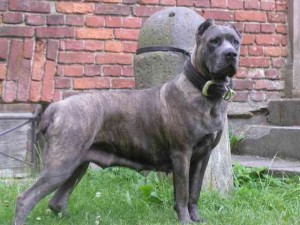