Father mauled to death by dogs 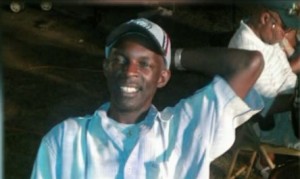 BENTON COUNTY, Miss. —  From the smile on her face, you’d have a hard time understanding, but just listen to her talk, and you’ll understand the love Marietta Glass has for her father, David.

“He always just wanted the best for us that’s made him special,” she said.

Her dad was attacked, mauled to death by a group of pit bulls running free along Highway 7.

Children of man mauled, killed by pit bulls speak out 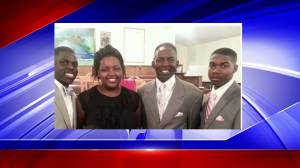 (WMC) – A Mississippi man is dead after he was mauled by several pit bulls over the weekend.

A driver passing by found David Glass Sr. on Saturday. He was lying in a ditch by his house, covered in bites from the attack.

Glass’ children were still trying to come to grips with the news on Monday.

“It hadn’t really just set in that my dad’s gone and I’ll never, never get a chance to talk to him again,” said his daughter, Marietta Glass.

His son of the same name drove all the way up from Starkville, Miss. to be with his father after he was flown to a Memphis hospital. His family thought he would pull through, but the attack was too much.

“This is unreal to know that I just talked to him on the phone,” David Glass Jr. said.

According to the Benton County Sheriff’s Department, David Glass was attacked by three pit bulls at approximately 1 a.m. Saturday morning. He was found at approximately 5 a.m. and gave Sheriff Arnie McMullen an account of what happened to him.

Ex-Wife Recounts Events
UPDATE 09/25/14: The South Reporter spoke with the victim’s ex-wife, Patricia Glass. She said that David Glass Sr. visited her Friday night for a few hours. A friend picked him up at about 12:30 am. He was likely dropped off at Sexton Road and Highway 7, she said. Eric Hodges, the dogs’ owner, lives in the first house on one side of the intersection. Glass Sr. lived in the second house on the other side. Glass Sr. was found lying in a ditch opposite to Hodges’ home just before dawn.

[Patricia Glass] said David Glass Sr. was severely bitten by the dogs. He apparently had protected his face with his hands, but had lost an ear, she said. Additionally, his arms were bitten multiple times and the main arteries in both arms were lacerated. He was also bitten multiple times on the legs and all over his body, she said. Patricia Glass, The South Reporter, September 25, 2014