Boy Mauled To Death By Dog(s) In Goulds 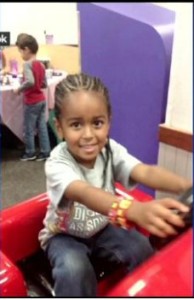 MIAMI (CBSMiami) – A child in Goulds was mauled to death by at least one dog Wednesday morning.

Police have identified the boy as 4-year-old Javon Dade, Jr.

Police were originally called to the home because Javon was missing.

“According to investigators, at approximately 10:09 a.m., police received a phone call advising of a missing 4-year old male. As officers arrived they did an area canvas where they discovered a black male, four years of age, deceased in the back yard,” said Miami-Dade police spokeswoman Det. Robin Pinkard.

“They snuck the the dogs on the property,” Narbin said when reached by phone.

Pit bulls are not allowed in Miami-Dade County. 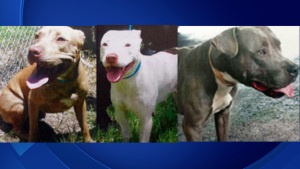 Animal Services have removed the dogs from the scene. They later confirmed there were three adult dogs and three puppies at the home at the time of the attack. However, it remains unknown how many or which dog attacked the boy. “A total of six dogs were removed from the scene. Three adults, which appear to be American Bulldog and Labrador Retriever mixes and one pit bull,” said a spokesperson Kathleen Labrador of Animal Services. “The puppies appear to be terrier mixes. They are too young to evaluate, they are under 6 months of age. We’re certainly hopeful that through DNA evidence and other evidence we’re able to gather, that we will be able to confirm which dogs were involved in the attack.”

Boy, 4, mauled to death by dog in southwest Miami-Dade County

Sky 10 was above the scene as a teddy bear was lying in a grass field not far from a yellow tarp.

A man and woman could be seen arguing, surrounded by Miami-Dade police officers. The man later fell to the ground crying.

Pinkard said the boy was visiting his father, who lives at the home. She said the father and his girlfriend were there at the time.

The American Pit Bull Terrier is, like all the ‘bully’ breeds, one of this group of descendants of the British ‘bull and terrier’ type fighting bulldogs. Once imported into the United States, it was bred up to be bigger again, and again used in baiting animals and in dogfighting. The American Kennel Club (founded 1884) was unwilling to register these fighting dogs, so in 1898 the United Kennel Club was founded specifically to register working pit-fighting dogs and to promote dogfighting. In order to be registered, a dog had to first win three pit fights7,8,9. The American Pit Bull Terrier (APBT) became a ‘breed’. As dogfighting declined in popularity in the 1930s and 1940s, Colby (the most famous and prolific breeder of these dogs) began to search for a new market and began promoting the APBT as family pets10,11. This despite the fact that his breeding lines included child killers12.
Read more: https://www.daxtonsfriends.com/american-pit-bull-terrier/