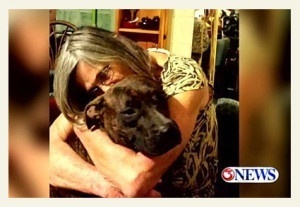 CORPUS CHRISTI, TEXAS (KIII) — A Texas woman died after she was attacked by dogs she was fostering at her home in Corpus Christi.

Animal control officers removed several dogs from the home of Rita Woodard, know to many as Rita Ross.

According to the coroner, she died of a heart attack after multiple dog bites.

Melissa Rizzo with “for the love of strays” says the 64-year-old spent her life helping stray dogs. 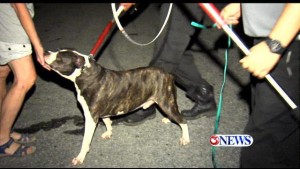 CORPUS CHRISTI (Kiii News) –Following the story 3News reporter Tuesday of a vicious dog attack that claimed the life of a local woman, many in the community have voiced concerns about large-breed dogs.

Rita Ross’ body was found Monday night, along with seventeen dogs, some of which had been feeding on her remains. The Nueces County Medical Examiner determined that the 64-year old had died of a heart attack after she was attacked and bitten multiple times.

The Nueces County Medical Examiner determined that 64-year old Rita Woodard, known to many as Rita Ross, died from a heart attack after multiple dog bites. One of her dogs was put to sleep after being severely injured by the attacking dogs.

Ross, who spent much of her time rescuing stray dogs, was discovered around 6:30 p.m. Monday. Several dogs were found feeding on her remains.

The Medical Examiner released a report late Tuesday stating that Ross had died from coronary artery atherosclerosis following multiple dog bites. Corpus Christi Police Department Commander John Houston, who supervises Animal Care Services, said it appeared that five of the 17 dogs found at Ross’s home were responsible for the attack. Those five will likely be euthanized. 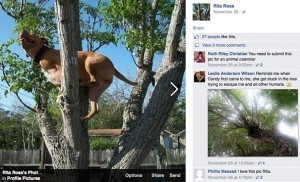 A Bloody Mess
UPDATE 01/19/15: In what can only be described as a “bloody mess,” more news about the December 15 fatal dog mauling of pit bull rescuer Rita Woodard was reported Monday. Police and animal control were called back out to the home where Woodard was discovered bitten, bloody and dead in December. At that time, authorities seized 17 dogs at Woodard’s home that she had rescued. Authorities euthanized four pit bull-mixes they believed inflicted the deadly attack.1

For the Love of Strays, a rescue group that Woodard had fostered many dogs for, immediately seized upon the tragedy of her death by calling on the public to donate to their organization to ensure that four of Woodard’s remaining dogs, called her “personal dogs” — pit bulls and pit bull-mixes — could find homes. All four were dog aggressive. For the Love of Strays has since deleted this post from their Facebook page, it was originally published on December 20, 2014.

Rita Woodard, 64-years old, was discovered dead in her backyard by her neighbor after being attacked by at least four dogs she was fostering. “There was blood everywhere and the (back) door was wide open,” said neighbor Danny DeRamus. The Nueces County Medical Examiner’s office said multiple dog bites contributed to her death. Her death was ruled, “critical coronary artery atherosclerosis following multiple dog bites.” Woodard fostered many dogs, primarily pit bulls, according to her Facebook photo album. At the time of the attack, she had at least 17 dogs in her home.

Sources for the death of Rita Ross Woodward: