Child Mauled To Death By Dog In City 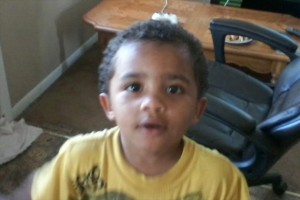 A 3-year-old Lawton boy died Sunday morning after he was mauled by a dog.

Jordon Tyson ‘Jo Jo’ Collins was killed while at his great-grandmother’s house Sunday, according to Pam Ramirez, a family friend.

“Her grandfather was over at his great-grandma’s house working on her car and one of the dogs mauled him and bit his neck,” Ramirez said.

We’ve been working with Lawton Police today to get an update on the boy who was reportedly attacked by a pit bull this morning, however, because the case involves a minor, LPD is unable to release any information at this time.
Click here to read more 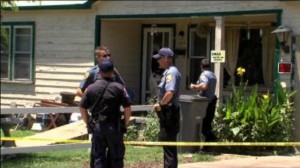 A 3-year-old Lawton boy is killed after being attacked by a pit bull in the backyard of a home there.

A family friend was babysitting and watching the little boy out the window playing in the backyard.

When the babysitter looked again she said she saw him laying on the ground with injuries.

Click here to donate to the family through grayfuneral.com.

According to police, Jordan Collins was being babysat by a friend of the family around 9:00 a.m. Sunday. Jordan was in the backyard of a home on the 500 block of Southwest 17th Street with two dogs when he was attacked. Jordan had been around the dog that attacked him before without any problems.

DogsBite.org reports
Lawton, OK – In a developing story, a 3-year old boy was mauled to death by a dog Sunday morning. Jordan Charles Collins-Tyson was killed while visiting his great-grandmother’s home, according to Pam Ramirez, a family friend. The dog, initially reported as a pit bull by KSWO News, latched onto the boy’s neck, killing him. The child’s body was transported to the state Medical Examiner’s Office for an autopsy, Ramirez said.