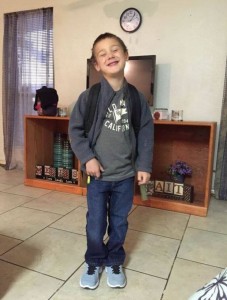 Tanner Smith would have turned 6-years-old on Tuesday, but died Sunday after he was attacked by two pit bulls, his grandmother Melissa Phillips told Fox 4 News. Phillips said her grandson was with his mother, Ashley, at a friend’s home when the dogs attacked him. She said he was bitten about 16 times, including a bite to the main artery in his neck. His grandmother said the homeowner shot one of the dogs and the other was taken away by Animal Control. She said her grandson, who was in kindergarten at Vidor Elementary, had a heart condition. Tanner’s mother, who spoke in the background during a phone call, said he was born with hypoplastic left heart syndrome and has had three open heart surgeries. Hypoplastic left heart syndrome is a rare heart birth defect at birth where the left side of the heart is critically underdeveloped, leaving the ride side of the heart to pump blood to the lungs and the rest of the body.

According to the sheriff’s office, Tanner was with his mother visiting a friend’s home when he was attacked on Sunday evening.

Tanner’s mother believed he was outside with her friend’s father, but later learned he was not at home at the time, according to the sheriff’s office.

That’s when she went outside and found her son had been mauled by the two pit bulls belonging to her friend.

Sheriff’s officials said that when the friend’s father learned about what happened to Tanner, he quickly returned to the house and killed both dogs.

A department spokesman said he did not expect any criminal charges to be filed in the case, saying the dogs were in a fenced-in yard when the attack occurred. 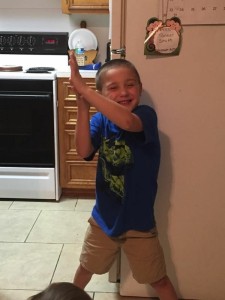 Tanner Smith, 5, lost his life from injuries he sustained in a dog attack that happened around 7 p.m. Sunday at a home in the 1700 block of Aloha St., near Vidor in Orange County.

Deputies and EMS arrived on scene and began life saving measures. Tanner was taken to a hospital in Beaumont and was later pronounced deceased.

Orange County Sheriff’s Office Chief Deputy Clint Hodgkinson said investigators are still reviewing the facts.  At 4:45 p.m. Monday he said it has been confirmed that the dogs involved in the attack were Pit Bulls.  He said the dogs were in their fenced-in domain where the attack happened.  He said while it remains an active and open case until all results and facts are reviewed, it does not a appear there will be any criminal charges filed. 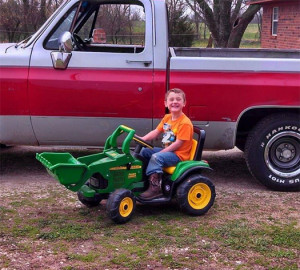 The family says the homeowners are also heartbroken over Sunday night’s events and did everything they could to help. They performed CPR on the boy and stayed with the family at the hospital. Greathouse says the dogs had been around children before, including the homeowners grandchildren, so the attack came as a terrible shock.

“You just hug your kids a little tighter every day because you don’t know when their last day will be,” said Greathouse.

The family says Tanner’s Scooby-Doo themed birthday party will still take place at a local park. The only difference is the birthday boy will be partying up in the clouds.

“We know he’s celebrating without us up there,” said Greathouse. 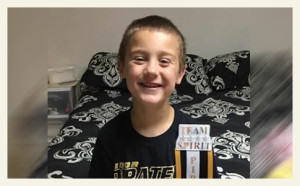 ORANGE COUNTY – An Orange County family tells 12News their 9-year-old daughter and her mother were attacked by the same dogs that police said killed Tanner Smith.

Garrett Bean tells us his daughter was bitten by the two pit bulls as the girl and her mother walked home from Dollar General in February.

The girl’s mother did not want to be on camera but assures us they were the dogs from the house on the corner of Aloha Street and Bahama Drive just outside the Vidor city limits, where the dogs stayed.

“It could have been prevented,” said Garrett Bean about Tanner Smith’s death. “When I found out it was the same dogs, I was furious.”

Nine-year-old Shealyn Kendall said she and her mom had walked past the dogs several times, and they didn’t do anything to them. She said back in February was when the dogs attacked the two.

“First a Chihuahua got on my momma. (She) stomped at it, and two dogs came out of the gate,” said Kendall.

Monday evening we stopped by the house where the dogs stayed and saw the Chihuahua Bean’s daughter told us about. However, a chain-link fence stood between the street and the door.

Garrett Bean shared pictures with us to show his daughter’s injuries after the alleged attack. The marks have faded but are still visible. Bean said he filed a report with the sheriff’s office.

“After that I was told they were put under 10-days quarantine,” said Bean. “Then after the quarantine he got his dogs back … The main reason I’m coming out now is because as everybody can tell, it’s happened again, and it’s worse as the dogs actually took a human life.”

Mom Saw Bloody Dog Before Finding Her Son Mauled to Death: ‘He Didn’t Cry Out’

The first sign that something was wrong was the bloody dog.

The animal ran inside its home on Aloha Drive in Vidor, Texas, where Ashley Phillips was visiting a friend.

Phillips’ five-year-old son, Tanner Smith, had been jumping on a trampoline in the fenced-in yard, where the dog had come from and another dog had been.

“When one of the dogs came running in the house and was covered in blood,” Tanner’s aunt, Melinda Greathouse, 28, told INSIDE EDITION. “That’s when my sister ran outside and they found Tanner’s body next to the porch.”

The homeowner’s two pit bulls had mauled the vivacious kindergartener, who was thought to be playing outside under the supervision of the homeowner. But the man was not there during the attack and no one heard the child scream as he was severely bitten more than one dozen times, including once in an artery in his neck, Greathouse said.

Emergency responders rushed Tanner to a nearby hospital, but he could not be saved.

“His whole left side of his head had a hole in it. His ear was gone. There was a lot of what looked like road rash on his face. Did they drag him?” Greathouse tearfully wondered aloud. “He didn’t cry out. Neighbors were out there around that time and they didn’t hear anything. They just heard my sister cry out.”

This morning, Tanner’s mother left a comment on our Facebook post. “I am tanners mother I was there when it happened he was on the trampoline two feet off the ground the next thing we knew he was gone… They drug him off the trampoline. There wasn’t anything we could do,” Ashley Phillips stated. She added in another, “Karen is right, he wasn’t able to make a sound why because the first bite killed him immediately.” One can only imagine the horror of this scene.

No information about the autopsy report has been released. Authorities have not identified the owner of the dogs either, despite two previous attacks and the fatal mauling of a child. It is unknown if criminal charges are possible. At what point will county officials admit that the local ordinance is insufficient, particularly regarding dangerous dog breeds? Simply calling the horrific and preventable death of Tanner, “a terrible tragedy” will not prevent new life-altering attacks.

The family of Tanner Smith has set up a donation account through Wells Fargo Bank. Please send donations to “Donations for Tanner Smith” at account #5817642019 (branch locator).
Read more: https://blog.dogsbite.org/2015/10/2015-dog-bite-fatality-visiting-child.html