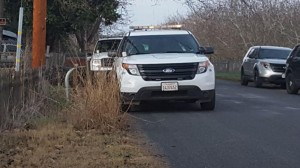 Butte County Sheriff’s detectives are awaiting the results of an autopsy to determine how 57-year-old Maria Torres died. Deputies went to her home just outside Gridley after she did not show up for work on Tuesday.

Her body was found with wounds consistent with a dog attack. In her home were her two pit bull terriers. At first detectives believed she may have been trying to break up a fight between her dogs.

“The pit bulls had injuries themselves, indicating they had been in a confrontation, in a fight with one another,” said sheriff’s spokesperson Miranda Bowersox. 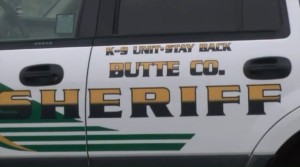 December 17, 2015
BUTTE COUNTY SHERIFF’S OFFICE INVESTIGATES THEORIES SURROUNDING DEATH OF WOMAN INVOLVING HER DOGS
Oroville, Ca— At approximately 3:30 yesterday afternoon, deputies responded to a Gridley address to check on woman who had not reported to work as usual. Upon arrival, deputies found the woman deceased in her home. A press release was sent out yesterday evening indicating that Sheriff’s Office Detectives had determined that the decedent died due to injuries sustained while trying to keep her two dogs from fighting. That is a theory that is being explored, and was based on the fact that the dogs had injuries consistent with being involved in a fight with one another.
There are other theories that are also being evaluated including the possibility that the decedent died of natural causes and animal activity that involved her body occurred post-mortem. Although there are no apparent signs of foul play at this time, BCSO remains open to exploring evidence that would lead in that direction.
The autopsy is scheduled for today, and Sheriff’s Office detectives believe that will provide information that will help determine the cause of death.
For more information, please contact
BCSO PIO Miranda Bowersox
530.538.5384, 530.990.6949
[email protected] A Gridley woman was apparently killed today by her pit bull terriers when she tried to break up their fight, according to the Butte County Sheriff’s Office.

Deputies responded to a home on Dewsnup Lane at 3:30 p.m. to check on the welfare of a woman who had not reported to work.

Deputies entered the home and found her dead.

Animal Control officers also arrived at the home to control the large dogs.

Sheriff’s detectives were summoned. They “determined that the dogs had been fighting, and the woman had tried to break them up. The woman sustained grave injuries as a result of her intervention and died as a result,” the Sheriff’s Office said.

Relatives confirmed the dogs were her pets.

The woman’s name was not released pending notification of next of kin. A Gridley woman has died from injuries she sustained while trying to break up a fight between her pitbulls, the Butte County Sheriff’s Office said Wednesday.

When the woman failed to show up for work Wednesday deputies were asked to conduct a welfare check at her Dewsnup Lane home. They arrived around 3:30 p.m. and found the woman inside with bite marks on her body. Two large pitbull terriers were roaming the house.

Animal control officers were called to the home and the sheriff’s office launched an investigation.

According to a news release sent out Wednesday night, investigators determined the woman had tried to break up a fight between the dogs and sustained “grave” injuries as a result.

The sheriff’s office said relatives told deputies that both of the dogs were the woman’s pets.

The woman’s name is being withheld until all of her family has been notified. One thought on “Maria Torres (57) – Killed By Her Own Pit Bulls While Breaking Up Fight (Gridley, CA)”