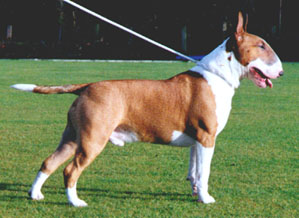 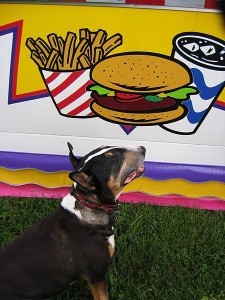 The English Bull Terrier (also know as the ‘Standard Bull Terrier’) distinguishes itself by its egg-shaped head and gladiator body. Tiny amounts of other breeds were mixed in to get the distinguishing head shape, as well as to produce exotic colors such as all-white and brindle.  The English Bull Terrier is an energetic dog, playful with its owners, and active. It is affectionate towards its owners, needs their company, and can’t be kept outdoors in a kennel or left alone for eight hours a day. The English Bull Terrier needs frequent, brisk walks, occasional vigorous games, and total immersion in the family. If ignored, the dog can become bored, and resort to devouring your furniture, wrecking your yard, spinning in circles, and tail chasing7. 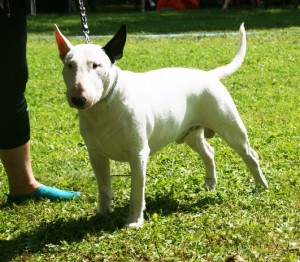