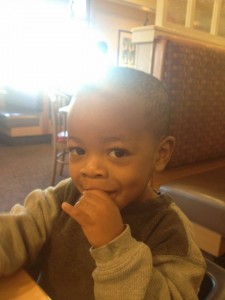 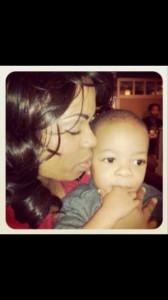 Written by Angela and Jeremiah Rutledge

Our son was brutally killed by our pet pit bull of 8 years…On April 24, 2013 we lost both our beautiful son Beau and our family dog, affectionately known as Kissy Face. Our dog had been part of our family for 8 years and lived up to her name, for she was eager to overload everyone with kisses. Oh, she was such a very loving and family oriented dog. Kissy Face had been around since her birth on November 22, 2005. This was two years prior to having our first child, Bella. When Bella came into the picture, it was so much fun to have the dog around, because she acted as a companion and protector. She was never aggressive with Bella and was playful with other children. Observing the dog’s friendly nature, we felt confident in our family’s safety when it came to our family pet.

Four years later, Beau Isaac was born on April 4, 2011. Over the next two years, Beau and Kissy Face loved on each other passionately. Then with no warning, matters changed dramatically and our world was irrevocably altered. Shortly after Beau’s 2nd birthday, I made a quick trip to the restroom. Just a few minutes later I returned to find my son lying in a pool of his own blood. It was the most horrific day of my life and a day that would signal the end of innocence. Our dog sat next to my son’s body looking confused as if she didn’t understand why Beau wasn’t getting up. The screams from my voice were so loud and so terrifying that our neighbors (two doors over) rushed over and joined in with my horrific screams!Rewinding back to the year 2005, I was told by some random person that pit bulls were aggressive and were bred to fight other dogs to the death. Then, I was also told by another random person at our dog’s veterinarian the very opposite. It was explained to me that if you raise pit bulls with love and care they are just as gentle, loving, and domesticated as any other household dog breed. Therefore, we truly believed that with love and the proper up bringing that the nurture factor would override the nature of this breed dog.Our story is not about hating or loving the pit bull breed. Our truth is simple. Any dog can bite and any dog can love like a human being. It is true that all dogs have the ability to display some strong emotions that resemble those of a human. However, the downside to a dog’s cognitive and emotional process is simple. A canine cannot process the chain reaction that is dictated by their genetic makeup. With sincere regret, we now understand that there is something inherently false to what we had once believed. The truth is this, there is not just this story, but 229 reported stories like ours since 1998 and 22 occurrences reported this year alone (as of November 7, 2013). There are countless child and adult fatalities and numerous attacks leaving a person maimed and traumatized because we have not been educated about the genetic predisposition of pit bulls and fighting dog breeds.In conclusion, we are not saying not to love the dog that you have now. We are simply maintaining that despite tons of love and attention that our dog still snapped and killed our son in a matter of moments. We can’t take that back. You still have a choice if you own a dog of this breed. Consider this, we as dog lovers, should ponder this one thing. If there was a one and a million chance that your dog could turn on you or your child, would you get rid of it and grieve for a moment or lose a child and grieve for a lifetime?Love,
Angela and Jeremiah