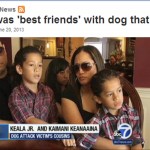 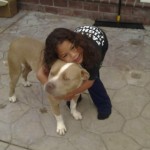 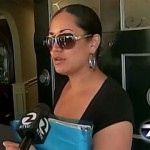 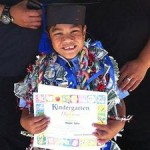 Boy was ‘best friends’ with dog that killed him

UNION CITY, Calif. (KGO) — The mother of a Union City boy that was mauled to death by the family pit bull has spoken out publically for the first time and says her son and the dog were best friends.

The tragic accident raised questions and it placed the boy’s extended family in the public eye. His mother and father are still shocked and in mourning, but they want people to know how precious their son was and to convey a message to people with pets that no matter how much they’re part of the family, they’re still animals and as such, they are unpredictable.

A small altar next to the family’s front door shows a picture of 6-year-old Nephi Selu proudly holding his diploma. He had just graduated from kindergarten last week. Nephi came from a close-knit and religious family. He had many uncles, aunts, and cousins.

The boy was Tilema Selu’s only child. “If you came in, he’d run and give you a hug. He was very welcoming, just a very loving boy,” his mother said.

“Anywhere we took him, same thing, happy, loved to be around family, full of life,” said his aunt,” Iona Keanaaina.

On Monday, as Nephi was playing in the backyard with his cousins, the pit bull attacked him. They said he had been riding the dog like a horse when it suddenly threw him down and bit him on the head.

“Stop, stop, stop, please stop,” one of his cousins recalled saying. “I was trying to pull him from the stomach, like grab him off.”

“I was trying to grab his leash and pull him away,” another cousin said.

“And then we went inside and said a little prayer, and then my dad came down and got his hand and put it in the dog’s mouth, and he released,” the first cousin continued.

His mother says Nephi was especially close to the dog. “All of this is definitely a shock because it’s almost like two best friends that turned on… like one best friend turned on the other,” she said. “He had no signs of being hostile. In fact, we felt confident that it was a protector of our children.”

Kelala Keanaaina, a San Mateo police officer, is the boy’s uncle. He bought the dog two years ago. “We brought the dog into our home as a pet to help protect life and to help watch over, and by no means did we know that he was going to take life,” he said.

Police put the dog to sleep Wednesday. Nephi’s funeral will be next week.

-Nephi Selu pictured with Kava, the family pit bull that killed the child

-Google map of fatal pit bull maulings in California from 2005 to present by DogsBite.org