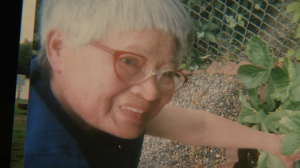 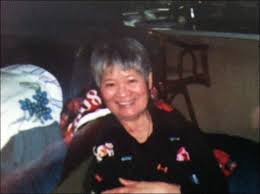 SPANAWAY, Wash. – A Spanaway woman who was attacked and mauled last week by two pit bulls died Tuesday from a heart attack directly attributable to the attack, the Pierce County medical examiner said.

The woman, Nga Woodhead, died suddenly at the hospital where she was taken after the vicious attack, says her husband Chuck Woodhead. He tells KOMO News she was in her room getting ready to be released from the hospital Tuesday when she lost consciousness. “We were ready to leave the hospital. They were going to release her. And we were sitting in chairs,” Woodhead said. “And we were talking and they were getting the paperwork together at the hospital and all of a sudden it hit her.”He said medical staff tried for 45 minutes to revive her but were unsuccessful.The woman’s husband said he was told by animal control that Pierce County will pursue charges against the owner of the two dogs.“If your dogs are vicious and they get out and hurt or kill someone you could be held accountable,” said Detective Ed Troyer of the sheriff’s office. Witnesses earlier told KOMO News that Nga Woodhead was walking alone down the sidewalk at 162nd and Pacific as the two free-roaming pit bulls went for her.People stopped in the middle of the busy street and came rushing to help fight off the dogs. A Marine vet jumped in to grab the dogs and got attacked himself.Another man who wanted to remain anonymous was next into the fight. He used a passer-by’s baby stroller to get the dogs off Woodhead.But witnesses say the dogs remained a threat, so a third man was handed a gun and shot one of the dogs. Sheriff’s deputies arrived and shot and killed the second dog.The owner of the dogs, Santiago Quezada, lives just down the street and said he felt awful about the attack. He said he has a fenced yard and said he doesn’t know how the animals got out.“They’re really nice dogs,” he said. Mrs. Woodhead was a dog lover herself, said her husband of 42 years. “Today is our 42nd wedding anniversary,” said Woodhead. “So that’s going to make it a little harder. She was just the sweetest person in the world.”

-Woman attacked by pit bulls dies from her injuries

-On October 30, Nga was on her daily walk, about a mile from her Spanaway home, when the two pit bulls began attacking

*Most APBT puppies get along fantastically with other animals, including dogs. Puppies often love to play with and have companionship with other animals. This often gives owners a false sense of security. As the APBT matures, their relationship with other animals can change drastically. Often dog aggression issues emerge from 1-3 years in age, but some dog’s exhibit aggression as early as 6 months of age. They often will actively seek out other dogs to engage in fighting with and have broken their collars, crashed through windows, and torn through fences to do so, and one recently leaped from an apartment 2nd story balcony, to get to a dog. They can get along with other dogs at times, but things can escalate quickly and they can attack suddenly and for no apparent reason. They often redirect onto humans who try to break up the fight14. Extreme caution should be used with all animal interactions and owners should never be completely comfortable. They can be unpredictable and a dog that plays nicely with dogs for years can suddenly change. Many owners have been shocked to see their beloved pet’s fighting instincts suddenly surface. It is highly recommended that the APBT is separated from other animals in the household when they cannot be supervised15. This is not a breed that is suitable for interactions at off leash dog parks16.