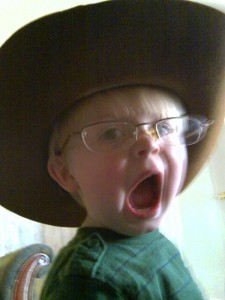 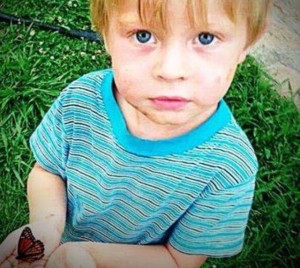 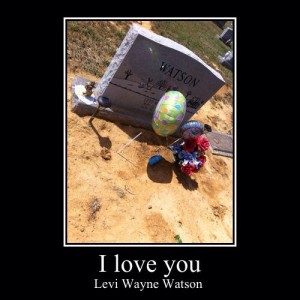 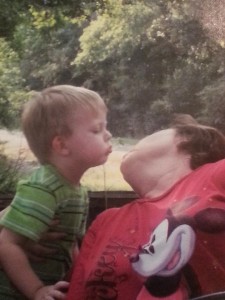 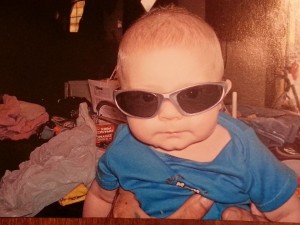 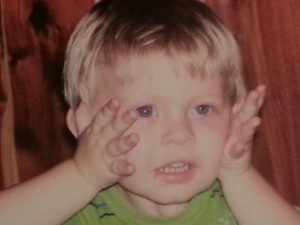 One Bite Too Many

Levi was my son. I wanted him very much. I was almost 40 years old before I could conceive him. He was my baby. He was all I had. His dad, (not DNA dad) Johnny worked 3 jobs to support us and he did that well. He’s a track hoe operator for Prairie County Road Department. He also worked for the city of DeValls Bluff.

Levi grew up around farming and John Deere Tractors in Des Arc, Arkansas. The farmers would give him rides on them awesome tractors.

But most of all Levi wanted to be a police officer. It was his dream. His daddy’s best friends were the chief of police and Prairie county deputies Mark Spain and Ronnie Joshlin. He looked up to those guys. He would’ve been the best damn cop there ever was.

Levi touched many lives and losing him destroyed me, my home life, everything. I had to move away. I still have what I call the Vietnam flash backs. There was so much blood and I was the one who had to put my fingers in his jugular veins to try and plug the holes where he just bled to death in my arms.

It was only one bite. (By the family pit bull) One bite too many. A very loving mother Deborah Gail Sizemore. We were visiting. I was not the dog owner.

*The American Pit Bull Terrier is, like all the ‘bully’ breeds, one of this group of descendants of the British ‘bull and terrier’ type fighting bulldogs. Once imported into the United States, it was bred up to be bigger again, and again used in baiting animals and in dogfighting. The American Kennel Club (founded 1884) was unwilling to register these fighting dogs, so in 1898 the United Kennel Club was founded specifically to register working pit-fighting dogs and to promote dogfighting. In order to be registered, a dog had to first win three pit fights7,8,9. The American Pit Bull Terrier (APBT) became a ‘breed’. As dogfighting declined in popularity in the 1930s and 1940s, Colby (the most famous and prolific breeder of these dogs) began to search for a new market and began promoting the APBT as family pets10,11. This despite the fact that his breeding lines included child killers12