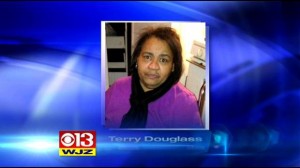 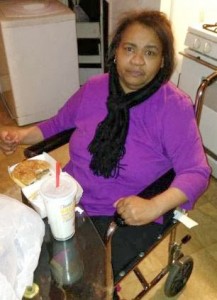 BALTIMORE (WJZ)—It’s a horrific story of man’s best friend becoming a woman’s worst nightmare. A Northeast Baltimore woman was attacked and killed by her own dog.

Rochelle Ritchie reports the pit bull had attacked before but was back in the owner’s custody.

Advocates say the attack should not have happened. The woman had a huge gash on her face from a previous attack from her dog.

Terry Douglass, 56, is the latest victim in Baltimore City to be killed by a pit bull, a dog she’s raised since it was a puppy.

“You raise it from its young, you never expect something like that to happen. Me having dogs of my own–whether it’s a pit bull, German Shepherd, or the little shih tzus or anything– I’ve never experienced nothing like that, so it’s just sad,” said Wyna Powell, neighbor.

It was just after midnight Friday morning when Baltimore City Police were called to Douglass’ home on East 30th Street to a gruesome scene.

Reports say Douglass, who was bound to a wheelchair and suffered from cerebral palsy, may have fallen onto the dog when it attacked her.

In 2007, Solesky’s son was attacked by a pit bull and barely survived.

“Its claw hit me in the chest and pretty much tackled me and bit me on the face,” said Dominic Solesky, pit bull attack victim.

This wasn’t Boosie’s first time attacking. Reports show Douglass and a family member had been bitten by the dog before.

Why the dog was returned to Douglass after it attacked her remains unanswered. WJZ tried to speak with health officials. They would not go on camera but released a statement saying they kept the dog for 10 days, checked it for rabies and did not find it to be a threat to public safety.

The statement went on to say “the owner was adamant in getting the dog back.”

“This is really a problem of policy, and it’s a problem that they’re aware of. The only time it gets addressed is when we have these horrific incidences,” Tony Solesky said.

Advocates for pit bulls say the breed is not to blame.

“I don’t think that pit bulls are any more likely than any other breed of dog to do any more damage,” said Jen Swanson, pit bull advocate.

According to the website dogbite.org, between 2005 and 2012, 151 people were killed by pit bulls, compared to 32 people killed by rottweilers.

Some 4.5 million people are bitten by dogs every year.

-Pit bull involved in owner’s death had bitten before

-Terry Douglass and Boosie, the 4-year old male pit bull that killed her

*Most APBT puppies get along fantastically with other animals, including dogs. Puppies often love to play with and have companionship with other animals. This often gives owners a false sense of security. As the APBT matures, their relationship with other animals can change drastically. Often dog aggression issues emerge from 1-3 years in age, but some dog’s exhibit aggression as early as 6 months of age. They often will actively seek out other dogs to engage in fighting with and have broken their collars, crashed through windows, and torn through fences to do so, and one recently leaped from an apartment 2nd story balcony, to get to a dog. They can get along with other dogs at times, but things can escalate quickly and they can attack suddenly and for no apparent reason. They often redirect onto humans who try to break up the fight14. Extreme caution should be used with all animal interactions and owners should never be completely comfortable. They can be unpredictable and a dog that plays nicely with dogs for years can suddenly change. Many owners have been shocked to see their beloved pet’s fighting instincts suddenly surface. It is highly recommended that the APBT is separated from other animals in the household when they cannot be supervised15. This is not a breed that is suitable for interactions at off leash dog parks16