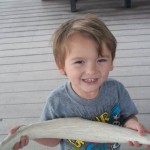 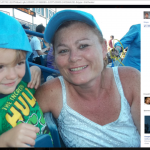 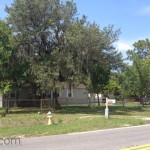 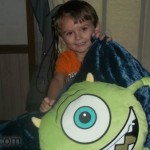 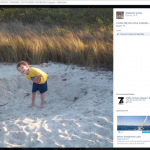 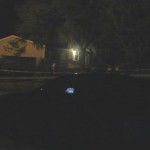 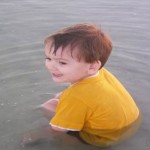 Authorities believe the dogs attacked the boy and mauled him to death when he was left alone in the family room of his relatives’ home. Logan was pronounced dead at the scene, according to a report issued by the Hillsborough County Sheriff’s Office.

It states Logan and his mother, Stephanie Groulx, who live nearby on Tocci Lane in Riverview, walked to the home of Groulx’s sister, Delores Fredericks, and her husband, Billy Frederick Sr., at 12509 Rhodine Road Saturday night. Just before they arrived, Billy Fredericks Sr. placed the dogs in a crate.

Logan and his mother, who celebrated her 43rd birthday Friday, went inside the house, where the toddler was given ice cream. The little boy was left alone when the adults and Logan’s 15-year-old cousin went into the master bedroom to talk. They then heard screams and found Logan missing when they emerged from the bedroom.

Two Hillsborough County sheriff’s deputies working a nearby, unrelated traffic stop heard screams and ran toward the residence. They found the canines standing over Logan’s body in the front yard, according to the report. Billy Frederick Sr. immediately crated the dogs and the Pet Resources Division of  Hillsborough County was dispatched to the scene to take custody of the animals.

Authorities say there were no previous calls concerning the dogs.

Cars stopped Sunday in front of the Groulx household, as neighbors and family members checked in on Logan’s mother and sister.

Bridges, who lives next door, said her grandson enjoyed Curious George, mud-bogging, Power Rangers and cartoons. He was a smart boy, she said, who was always learning new things. His family said he loved seeing school buses drive by and couldn’t wait to start preschool.

“He was funny, too,” Bridges said. “When he wanted a banana, he’d make a sound like a monkey.”

Logan loved to play with their three family dogs — also pit bulls — Shepard said. He grew up with those dogs and never had problems with them, his father said.

Shepard said Logan was around mud-bogging his whole life. The father and son would ride four-wheelers together or watch videos online. Even when he was only 2 or 3 months old in a car seat, his parents took him out mud-bogging.

“He was a lovable kid,” Shepard said. “He loved mud-bogging. He’d get up and turn it on and watch it for hours.”

No charges in the case

The ‘bull and terrier’ type was originally developed in England in the early 19th century. The lineage goes back to the mastiff / molosser types, including what we now call the Olde English Bulldogge, that were used for bear-, bull- and horse-baiting from the 12th through the 18th century. This isn’t the bear-baiting we think of today, when hunters feed bears in order to bring them out in the open to shoot them. Rather, the bear, bull or horse was confined in a public arena where the mastiff ‘bulldogs’ would slowly tear them apart alive for the public’s amusement1,2,3,4,5.