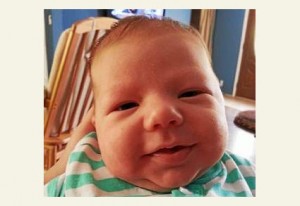 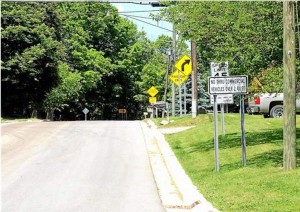 On June 8th, 2014, ten week old William Garrison of Davidsburg, MI was attacked and killed by the family’s dog.

Oakland County sheriff’s deputies were called to the 8200 block of Tindall Road in Springfield Township around 11:40 a.m. where they found the boy’s father preparing to take his son to the hospital.

Holden was sitting on his uncle’s lap when the dog tried to jump onto the couch. The boy’s uncle, 18, pushed the dog away, but the dog jumped back up and began biting the baby.

Holden’s father, 26, pried the dog’s jaw open and pulled his child away, sustaining injuries himself. There were no other children in the home at the time of the attack.

Upon arrival, deputies immediately started CPR and member of the Springfield Township Fire Department transported the boy to Genesys Regional Medical Center in Grand Blanc. From there he was airlifted to Royal Oak Beaumont, where he was pronounced dead.

The Oakland County Medical Examiner’s office ruled the Springfield Township infant’s cause of death as multiple head trauma, with the manner being accidental.

Officials said the family has owned the Catahoula for about two years. It bit a neighbor on the arm several months ago but did not cause injury and did not result in a response from deputies.

Deputies called CPS about the investigation Sunday. It’s unlikely that the family will face and charges, the sheriff said.

“We’ve obviously got a situation that requires and will get a complete and full investigation, but having said that there’s nothing so far that I’ve seen that purports and kind of negligence.” Oakland County Sherriff Michael Bouchard said.

“The baby wasn’t left alone for any period of time in a room with the dog. The baby was literally on the lap of a person when the dog turned on him. It’s nothing that they anticipated, nor could they have based on the prior behavior that day.”

“The biggest tragedy is to this family. They’re devastated, and understandably so. It’s nothing more than the worst imaginable tragedy, but certainly there’s no criminality that’s observable so far.”

Bouchard said the department’s thoughts and prayers are with the family.

“Jeff and Tiffany Garrison relinquished custody of the dog, Precious, to the Oaklan County Animal Control late Tuesday, June 10th, with the next step being the euthanization of the dog.” Bob Gatt said.

After the process is complete, the dog will be shipped to Lansing to get tested for rabies, although Gatt said the dog had a current vaccination at the time of the attack.

“This was just a tragic situation, and our hearts go out to the family,” he said. 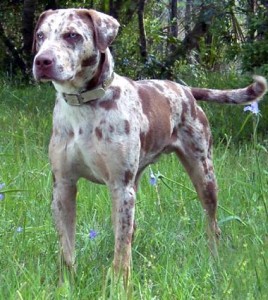 The Catahoula is the state dog of Louisiana. The dog was traditionally used to hunt wild boar. The Catahoula is described as “tough, agile, fearless and intelligent” by the Dog Owner’s Guide at canismajor.com.

“The breed developed from dogs abandoned by Spanish explorers crossed with Indian dogs living with the local tribes,” the site states.

“The Cat is a dedicated guard dog and hunting companion and can be a faithfull family pet if socialization and training begin with young puppies and continue throughout the dog’s life.”

There are different breeds associated with the Catahoula cattle hound. There is the Catahoula bulldog, Catahoula bullterrier, Catahoula pit bull and the Catahoula leopard dog (cattle dog). Only the last qualifies for the AKC’s Foundation Stock Service (FSS), which are ineligible for AKC registration. Are pit bull-mix dogs mislabeled as Catahoula’s? Yes, primarily those with merle coloring. Authentic Catahoulas (AKC example), obviously cannot be mistaken as pit bulls.

Can you find the authentic Catahoula in these Petfinder images labeled as “Catahoula-mix?”