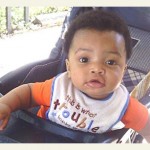 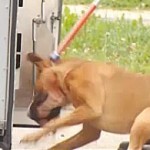 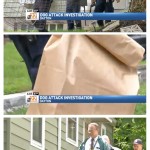 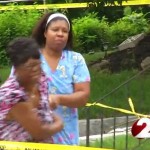 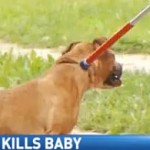 On July 20th, 2014, Johnathan Quarles, Jr. and his family, from Indiana, were visiting their step-grandmother in Dayton Ohio. Johnathan was under the care of his step-grandmother, Kimiko Hardy, on the 2200 block of Riverside Drive around 12:24 p.m. when suddenly her pit bull attacked and killed him. According to a family spokesman, Reverend Victor Lee, the American Staffordshire terrier jumped over a gate and attacked the infant. He said the grandmother “tried to get the dog off, but couldn’t.”

Police responded to the scene after a neighbor called 911 in a desperate effort to get help.

“She just knocked on my door, bangin’ on my door, She had a baby in her hand. The baby’s not breathing. You need to get here now.,” the neighbor told the dispatcher.

CALLER: My neighbor the baby’s dead. I need–  22-21 Riverside, but it’s my neighbor next-door.

OPERATOR: And it’s the neighbor next door?

OPERATOR: Now tell me what happened– what?

CALLER: She just knocked on my door, banging on my door. She had a baby in her hand and the baby’s not breathing. I need you to get her now.
OPERATOR: Okay.”

The dog was removed by an animal control officer. Homicide detectives were called to investigate.

About a dozen people who appeared to be close friends and family of the step-grandmother arrived at the two-story home as detectives conducted the investigation. A range of emotions were displayed, as some hugged and comforted each other while crying and others screamed in anger or frustration. The grandmother, who police said is not biologically related to the child, was in extreme emotional distress and was assisted to walk.

According to a June 3 Dayton police report, the same dog attacked a beagle that was on a leash as its owner was walking by the Riverside Drive house. The beagle suffered bites to its leg before it got away. The owner told police she didn’t want to press charges against the attacking dog’s owner, but wanted the incident documented.

In addition to the June 3rd attack involving a pet beagle, records obtained by the Dayton Daily News show that on April 25th, animal control officers responded to a complaint from the Northridge Post Office that one of its carriers was attacked by dog at the Hardy’s home. The letter carrier escaped injuries by putting his satchel between his leg and the dog. Hardy was cited for failing to have the dog licensed and was given education. She bought a license for the dog five days later.

Records at the Montgomery County Animal Resource Center show an American Staffordshire Terrier, which resembles a pit bull, was registered at the address.

7/21/14 – The Montgomery County Coroner’s Office ruled that 7-month old Johnathan Quarles Jr. cause of death was an accident. Johnathan Quarles Jr. died of blunt force injuries after being attacked by his babysitter’s pit bull. As of August 10th, 2014, no criminal charges have been filed.