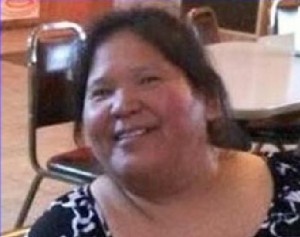 MELLETTE COUNTY, S.D. – A 49-year-old woman is dead after being attacked by several wild dogs on the Rosebud Indian Reservation.

A 911 call came through just after 6:00 a.m. Sheriff Blom and an ambulance arrived on the scene shortly after.

Blom says Charging Whirl Wind was surrounded by blood and that two people were trying to fight off two dogs near her.

A woman died after she was attacked by wild dogs early Saturday morning on the Rosebud Indian Reservation, according to the Mellette County Sheriff’s Office.

Julia Charging Whirlwind, 49, of the Lower Swift Bear community, which is just west of White River, was pronounced dead Saturday at the Rosebud Hospital.

An ambulance was dispatched and arrived at 6:17 a.m. Blom arrived two minutes later. When he arrived, he saw two citizens were trying to fend off two remaining dogs as they tried to approach Charging Whirlwind. She had already suffered life-threatening injuries, Blom said.

Community In Shock After Woman Killed By Pack Of Dogs

Rachel Skytta, KDLT News Weekend Anchor, [email protected] – 3/16/15
WHITE RIVER, S.D. – It’s the second time in the past four months that someone has been attacked and killed by packs of dogs on South Dakota’s Indian reservations. This time, a 49-year-old woman on the Rosebud Reservation.
Officials say Julia Charging Whirlwind of the Lower Swift Bear community was simply walking home from a friend’s house when she was brutally attacked.

“She was a well respected member of the community. It was a terrible tragedy,” said Mellette County Sheriff Mike Blom.

Blom was one of the first to arrive after Julia was attacked.

“I shot a couple dogs and the ambulance removed the victim to the hospital, and she was pronounced dead shortly after,” said Blom.

This attack comes just months after an 8-year-old girl was also killed by a pack of dogs on the Pine Ridge Reservation.

“We’ve had dog bite complaints but I’ve never had anything this serious,” said Blom.

“She was my best friend, my sister,” said Robin Clairmont.

Clairmont says Julia was walking home from her house when she was attacked. 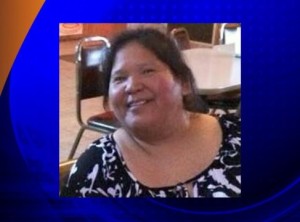 WHITE RIVER, SD – Rosebud Tribe officials have killed more than 20 dogs on reservation land since Saturday, when a 49-year-old tribe member was killed by a pack of wild dogs near White River.

The death of Julia Charging Whirlwind at the Lower Swift Bear Community has shocked the community and spurred officials to emergency action.

“It was the first time I’ve cried really hard in years, was Saturday,” Alvin Bettelyoun, a tribal councilman representing the Swift Bear area, said. “I couldn’t sleep the past couple of days. I still can’t fathom what actually happened.”

Bettelyoun still tears up when he talks about Charging Whirlwind and her death from a dog attack on Saturday. He’s also sad to be part of a response that included killing dogs, but believes it was a necessary first step to preventing another tragedy.

Some dogs were strays. Others had owners but wandered and caused problems. Bettelyoun said a number of residents gave up their dogs voluntarily, saying they just couldn’t properly care for them.

The Rosebud Tribal Council held an emotional meeting Monday, as members worked to strengthen animal-control ordinance across the reservation as Charging Whirlwind’s family made plans for services. The emergency response will be followed by a more structured effort at dog adoption, spaying and owner education says tribal Councilwoman Kathleen Wooden Knife.

“The short-term plan is next to put together a kennel, a holding place for them, but the long-range plan is we don’t intend to go on a killing spree,” Wooden Knife said.

Community Grieves
UPDATE 03/17/15: Just after dogs attacked and killed a mother of five, Rosebud Tribe officials rounded up a few dozen dogs in the area and put them down. Some of the dogs were strays, others were owned that had roamed and caused problems in the past. The effort targeted known problem dogs in the Lower Swift Bear and Horse Creek communities, where Julia Charging Whirlwind was mauled to death early Saturday morning, an event that even she had forecast.

Clairmont says the dogs that killed her friend lived in two separate homes in the neighborhood, and had been causing trouble for a while.

“We go by and those dogs, they try to attack your car. They’ll bite at your car, bite at the tires,” said Clairmont.

It was something she and Julia had talked about shortly before she was killed.

“She said ‘I wonder what it’s going to take. Somebody’s probably going to have to get killed or die from them dogs‘,” said Clairmont. – KDLT, March 16, 2015

The Rosebud Tribal Council held a meeting Monday to discuss short and long term strategies for stronger animal control policies across the reservation. Some of the strategies included a more structured effort at adoption, mobile spay/neuter clinics, owner education and financial assistance and establishing a tribal pound. Like the weighty dog problems on the Pine Ridge Reservation, which came into focus after the dog mauling death of a little girl, Rosebud faces similar issues.

Julia Charging Whirlwind, 49-years old, was attacked and killed by two or more dogs in the lower Swift Bear Community on the Rosebud Indian Reservation. She had left a friend’s house and was walking home, about 100 yards away, when the dogs attacked. Mellette County Sheriff Mike Blom was one of the first officers to arrive on scene. He saw two people trying to fight off two of the dogs. Sheriff Blom shot and killed both dogs so that emergency responders could reach the victim. She was transported to Rosebud hospital, where she was pronounced dead. Robin Clairmont, whose home Julia had left that morning, said the dogs were a known problem. She said that Julia had even said to her recently, “I wonder what it’s going to take. Somebody’s probably going to have to get killed or die from them dogs.” Tribal council members responded with an emergency measure, rounding up and destroying known aggressive or unwanted dogs in the area. As of April 5, 2015, no additional information is known. [source citations]