Washington County, GA –The Georgia Bureau of Investigation (GBI) has released the autopsy results on an 81-year-old woman who was found dead in a ditch in Washington, Georgia earlier this week.

The autopsy on Neta Lee Adams was performed Thursday at the GBI Crime Lab in Decatur, Georgia and the results are that Adams died after a dog attack. Her official cause of death has been ruled Traumatic Injury.

GBI: Discovery Of Elderly Woman’s Body In Ditch In Washington, Georgia Is Suspicious

Washington, GA –WJBF News Channel 6 has learned that an elderly woman in her 80’s has been found dead in a ditch in Washington, Georgia.

The woman’s body was found in a ditch off of Gordon Street. The call came in about the discovery about 8:32 a.m. Tuesday morning.

Death of elderly woman on Gordon St. confirmed to be caused by dog attack 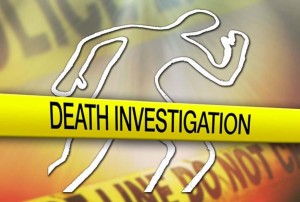 Wilkes County Sheriff’s investigators and Georgia Bureau of Investigation special agents are continuing to investigate the tragic dog-attack death of an elderly woman found last Tuesday morning in a ditch on Gordon Street.

An autopsy was performed on Neta Lee Adams, 81, at the GBI Crime Lab in Decatur, two days after the death. “The cause of death was ruled traumatic injury caused by dog attack and the manner of death was ruled accidental,” said Special Agent in Charge Patrick E. Morgan.

“There were multiple traumatic injuries due an attack by a dog or dogs,” Sheriff Mark Moore said. “The autopsy results were consistent with what we saw at the scene. A number of large traps have been baited and set and we are working closely with the city’s animal control officer to catch stray dogs in the area. We’re aggressively following up on any reports of large dogs running loose in the area.”

Deputies with the Wilkes County Sheriff’s Office continue to carefully patrol the city of Washington looking for aggressive dogs after an elderly woman was attacked and killed by a dog or dogs early on March 31.

“We are aggressively answering any dog calls we get,” Sheriff Mark Moore said. “We’ve had a large number of calls about dogs running loose, but in some cases they’re just pets that have gotten loose or jumped a fence. We have not found any specific large, aggressive dogs that we suspect to be involved with this tragic accident.”

In response to rumors in the community that Neta Lee Adams’ death was something other than a dog attack, Sheriff Moore said, “That’s just not true. All the evidence we found at the scene supports the findings of the GBI’s autopsy. It was a tragic, very unusual death, and we’re continuing to aggressively handle any kind of animal complaints.” 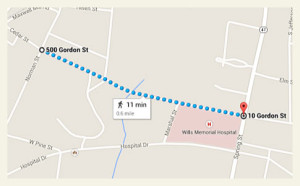 Thus far, news reports have simply stated “Gordon Street” without a block identifier. One can see that Gordon Street is not very long and that a quarter of it runs by Wills Memorial Hospital. Once pass the hospital, Google Street View shows more rural stretches, but a sidewalk is maintained on one side of the street the whole length. Also, The News-Reporter appears to be the most local newspaper, but news articles about the most recent two weeks are restricted to subscribers.

The Reporter’s Facebook page has not been updated since Friday, April 3, when the autopsy results were announced confirming the cause of death was multiple traumatic injuries inflicted by one or more dogs. Sheriff Mark Moore is following up on any reports of loose dogs in the city and states, “There is an ordinance that makes it illegal to allow your dogs to run loose in the city, but it’s different now. We’ve had a senior citizen killed by a dog on the streets of Washington.”

Despite the city of Washington only having a population of 4,042 (2013 data) and a 7.8 mile square radius, dogfighting activities have been in the area. A March 2009 raid on a home, where suspected illegal drug use and illegal dogfighting had been occurring, yielded at least three arrests. Lt. Joseph Nelson with the Washington Police Department said at that time, “This is the worst dogfighting or animal cruelty case that I’ve investigated or worked here in this community.”

In 2012, after hoping they had eradicated the blood sport in their city and county, another incident occurred. A badly injured male pit bull was dumped near the county landfill. Washington-Wilkes Animal Shelter Director Gloria Wheatley said then, “I can’t stop dogfighting here all by myself. It’s going to take all of us to educate our neighbors, to report suspected dogfighting, and to tell dog fighters to go to another county.” The rural animal shelter serves Washington and Wilkes County.

Neta Lee Adams, 81-years old, was discovered dead in a ditch along Gordon Street on the morning of March 31. The Wilkes County Sheriff’s Office and the Georgia Bureau of Investigation began an investigation into her death. Two days later, an autopsy performed at the Georgia Bureau of Investigation Crime Lab in Decatur determined the cause of death was traumatic injury caused by dog attack. The death was ruled accidental. “The autopsy results were consistent with what we saw at the scene,” Wilkes County Sheriff Mark Moore said. No one witnessed the attack, but neighbors told Sheriff Moore that Adams had a habit of walking and gathering cans early each morning. “There was evidence of a struggle on the ground, with broken yard furniture and scratches, blood, and clothing on the ground,” Sheriff Moore said. After her mauling death, the sheriff’s department and the city’s animal control officer aggressively responded to all dog calls, hoping to locate the attackers. As of April 30, 2015, local and county authorities do not know the whereabouts of the attackers or who owns them. [source citations]

The results of this process are summarized in the Joint Statement by Daxton’s Friends and DogsBite.org. Links to the related source documents of this multi-party correspondence are included on page 2. The CDC’s response to our materials and the inquiry made by my congressman were primarily artificial. Our solution to this inadequate response is clarified in the Joint Statement, “If the existing system fails to track critical data then fix the system so that it does.”