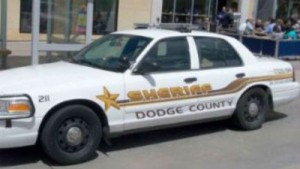 Woman hospitalized, her dog taken to the vet after they were attacked by a pit bull in Dodge County

DODGE COUNTY (WITI) — A woman had to be taken to the hospital and her dog to the vet after they were attacked by a pit bull in the Village of Reeseville in Dodge County on Thursday, April 2nd.

It happened shortly before noon.

A 53-year-old Reeseville woman was walking her Dachshund on North Main Street in the Village of Reeseville when she was attacked by the pit bull. The pit bull had escaped from a fenced in backyard and ran across the street — attacking the victim.

The woman received numerous puncture wounds as a result of the attack and was transported by EMS to Beaver Dam Community Hospital for serious but non life-threatening injuries.

The attacking dog had escaped from a fenced-in backyard and ran across the street to attack the woman and her dog. The victim had a number of puncture wounds and was taken to the hospital with serious injuries. The woman’s dog was also hurt and was treated by a veterinarian.

Officials say a witness was driving by when the dog attacked and was able to restrain it until emergency responders arrived. The pit bull died while it was being held down. Authorities say had the dog not been restrained, the victim would have been more seriously hurt.

The 53-year-old woman was taken by ambulance to Beaver Dam Community Hospital Thursday. Police say she received numerous puncture wounds, as did her Dachshund, who was taken to a veterinarian.

Authorities say the attacking pit bull apparently escaped from a fenced back yard. A passer-by came to the woman’s rescue and restrained the pit bull on the ground. Police say the pit bull died while it was being restrained. 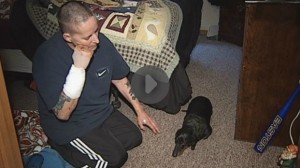 “That dog was so strong, that pit bull was so strong,”  Ackley tells 27 News.  “And I did everything I know about protecting myself.”

“That was probably the scariest moment, seeing that dog’s mouth wrapped around my dog’s heads,” Ackley tells 27 News.

Corey Barlow of Reeseville tells 27 News he and his family were driving on North Main Street when they spotted the woman and her dog under attack.

“To me, I can’t leave someone like that,”  Barlow says.   Barlow says he grabbed the attacking animal and brought it to the ground, with his teenage cousin helping him restrain the dog.

REESEVILLE (WKOW) — The Dodge County Sheriff’s Office tells 27 News the owners of a dog involved in an attack last week have been cited.

Sheriff Dale Schmidt says, the owners were cited for “dogs running at large”.

He also adds, the investigation is closed.

53-year-old Nora Ackley was taken to the hospital with numerous puncture wounds after being attacked while walking her Dachshund Thursday in Reeseville. 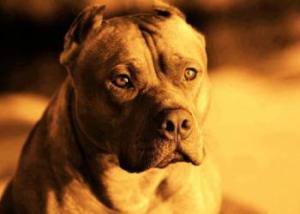