Woman dies after mauled by dog in Shaker Heights

SHAKER HEIGHTS, Ohio — A woman has died after being badly mauled by a dog Sunday afternoon.

The incident took place in the 3600 block of Pennington Road in Shaker Heights. Annie Williams, 71, of Cleveland died later that evening after the attack, according to Shaker Heights police.

An autopsy has been scheduled for Monday. 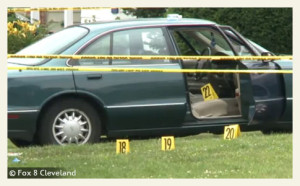 SHAKER HEIGHTS, Ohio – A Shaker Heights man shot and wounded a pit bull as it attacked a 71-year-old Cleveland woman.

The gunshot wasn’t enough to save Annie L. Williams, who died after the Sunday afternoon attack in the 3600 block of Pennington Road.

Darlene White, 45, saw the attack from her home  two doors down. The screams awakened her from a nap at about 2 p.m.

White looked out her window and saw Williams on the ground in front of her neighbor’s home. She recognized Williams as the grandmother of the dog’s owner.

Several neighbors rushed to Williams and to fend off the dog. It’s unclear whether anyone else was injured. 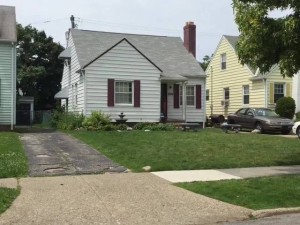 A neighbor shot the dog as it stood on top of Williams in the midst of its attack.

The injured pit bull ran into the backyard where it stayed until police arrived.

Paramedics arrived after police, White said. They performed CPR before taking Williams to South Pointe Hospital, where she was later pronounced dead.

The entire attack lasted about 10 minutes. 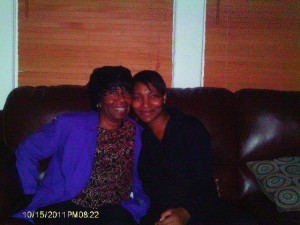 By Alyssa Pasicznyk, Dena Greer – 10:37 AM, Jul 13, 2015
In the first 911 call, a woman is screaming about the dog being on top of the woman and no one being able to get them off.The woman claims she heard a gunshot during the attack.A second caller also said she heard shots fired.”There was a pit bull loose that just attacked a woman,” She said. “The dog’s face is full of blood,”Police confirm the dog was a pit bull.Williams was taken to South Pointe Hospital, where she later died.Click here to read more

White said she has only seen the pit bull a few times, it’s usually chained up behind her neighbor’s house, she said. At least two people called 911. Cleveland.com contains the recording of the second caller. “There is a

dog on a person across the street,” the caller said. “Somebody is trying to get him off, they can’t get him off. They screaming,” she said. “It’s a pit … Somebody just shot him … I heard a gunshot and ran back inside. I’m not going back out there!” stated the 911 caller.

ABC 5 reports that police confirmed the dog was a pit bull. 19 Action News reports that the victim was at the home picking up her two granddaughters from their father when the pit bull attacked. A 13-year old relative was also inside Williams’ car during the horrific mauling and subsequent gunshots. Family members said the dog’s owner lives in the home where Williams was picking up her grandchildren. The pit bull was not licensed in Cuyahoga County, 19 Action News reports.

Williams’ daughter, Tequila, said, “I didn’t get to see her before this happened. She was always there for everybody. A stranger in the street, it didn’t matter who it was,” she said. “She was the sweetest person and her grandkids loved her,” Tequila said. Shaker Heights police continue their investigation and are awaiting autopsy results from the Cuyahoga County Medical Examiner’s Office. William’s violent mauling death marks the third U.S. fatal pit bull attack in a 10-day period.

The popularity of this ‘sport’ declined as education became more emphasized in urban society of the Industrial Revolution and literacy among the population grew (from about 30% in the 17th century to 62% by 1800)6.

The ‘sport’ was banned altogether by Act of Parliament in 1835. 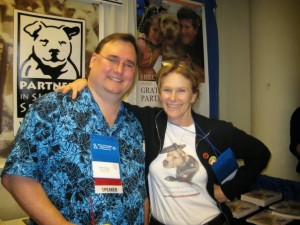 The action fund claims to have influenced Ohio to drop BSL for two different years. I wonder if Ohio legislators knew who and what they were dealing with when they stripped hundreds of jurisdictions in their state of their right to keep their citizens safe from a known and well documented dangerous breed? One thing is for sure: The more we let pit bull apologists and special interest groups, that only have the interests of animal welfare in mind, influence our lawmakers, public safety will continue to fall by the wayside. The more we allow special interest groups to influence legislators, the more maimings, maulings and deaths of humans and animals we will endure.