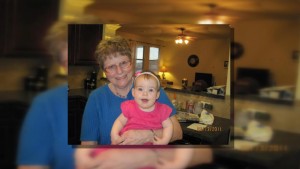 The 67-year-old died at the scene; four dogs were later captured.

REDBIRD — A woman died Friday after dogs attacked her in the small community of Redbird, a few miles southeast of Coweta in Wagoner County.

Red Bird, Oklahoma – Neighbors in the small town of Red Bird were stunned to hear a woman was violently attacked by a pack of dogs, just feet away from their homes. 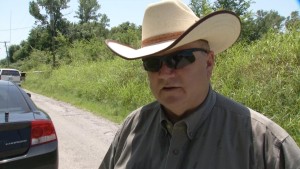 A neighbor saw the attack and tried to save her by running off the dogs and getting her water, but sadly it wasn’t enough to save her.

Wagoner County Sheriff Bob Colbert said Lamp parked her car and was walking down Main Street in Red Bird, collecting cans from a ditch when the three dogs came running up to her.

“It’s a tragedy this had to happen on a terrible hot day, this lady is out walking trying to make some extra money and gets mauled by a pack of dogs,” he said.

A man saw the attack and tried to help by getting the dogs away and bringing her water, but she was so violently mauled that there was nothing that could be done. 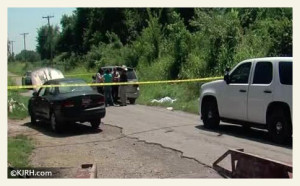 Witnesses say the woman was walking along South Main Street picking up cans when she was attacked by three pit bulls and one Rottweiler.

All four of the dogs were taken away from animal control to the Coweta Animal Shelter.

Sources in the community say it was a pretty gruesome scene and that the woman was unrecognizable after the attack.

Wagoner County Sheriff’s Office is investigating after a woman was mauled to death by dogs.

We confirmed the woman killed is 67 year old Sue Lamp of Coweta. 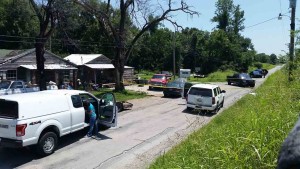 Redbird, OK – An 67-year old woman is dead after being brutally attacked by a pack of dogs Friday. Witnesses said the attack occurred on South Main Street. Wagoner County Sheriff Bob Colbert identified the victim as Carolyn Sue Lamp of Coweta. Sheriff Colbert said she was walking, collecting cans when she was attacked and killed by three dogs. One witness came to her aid and tried the pull the dogs off her, but by the time deputies arrived she was dead, lying in a ditch.

Sheriff Colbert does not believe anyone will claim ownership of the dogs. “But our investigation will continue, and we will present our findings to the district attorney and see if there will be any charges,” Colbert said. KJRH.com identified the dog breeds as three pit bulls and a rottweiler. Residents told them the scene was gruesome and that Lamp was unrecognizable after the attack. Like in many fatal pit bull attacks and pack attacks, the dogs ripped off all of her clothes too.

The American Pit Bull Terrier is, like all the ‘bully’ breeds, one of this group of descendants of the British ‘bull and terrier’ type fighting bulldogs. Once imported into the United States, it was bred up to be bigger again, and again used in baiting animals and in dogfighting. The American Kennel Club (founded 1884) was unwilling to register these fighting dogs, so in 1898 the United Kennel Club was founded specifically to register working pit- 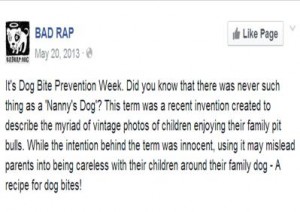 fighting dogs and to promote dogfighting. In order to be registered, a dog had to first win three pit fights7,8,9. The American Pit Bull Terrier (APBT) became a ‘breed’. As dogfighting declined in popularity in the 1930s and 1940s, Colby (the most famous and prolific breeder of these dogs) began to search for a new market and began promoting the APBT as family pets10,11. This despite the fact that his breeding lines included child killers12.