Boy Mauled To Death By Dog(s) In Goulds By Lauren Pastrana – CBS Miami – August 13, 2014 MIAMI (CBSMiami) – A child in Goulds was mauled to death by at least one dog Wednesday morning. Police have identified the boy as 4-year-old Javon Dade, Jr. Police were originally called to the […] 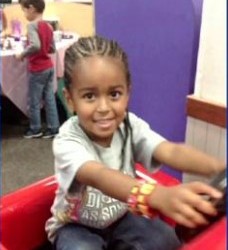