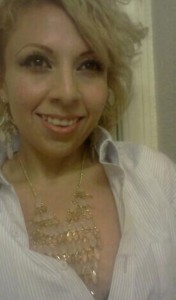 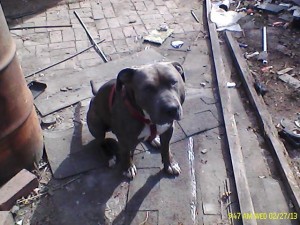 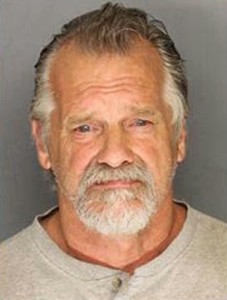 Stockton Woman Killed By Pit Bull: ‘I Tried To Save Her Life, But I Couldn’t’

STOCKTON — Javier Sanchez Sr. and his wife, Juana, had just returned from their youngest son’s soccer practice Thursday evening when they heard someone screaming for help. They soon realized a woman was being mauled by a pit bull named Russia in the front yard of a home across the street.

“I heard a lady screaming, ‘Russia, no! Russia, no!’ ” Javier Sanchez said.

His wife urged him not to go into the yard, but he felt compelled to help. He jumped a fence, bravely ventured into the darkness and began beating the dog with a large piece of wood his wife grabbed from their backyard, but the animal wouldn’t remove its massive jaws from the woman’s throat, he said.

“I was scared,” said Javier Sanchez, a 43-year-old truck driver. “I was thinking about my life, and my wife was saying, ‘No, don’t go,’ but I had to help the lady. I kept hitting the dog, but it wouldn’t let go. I tried to save her life, but I couldn’t.”

Even so, helping the woman was the right thing to do, Juana Sanchez said.

“It was dangerous,” she said through a translator. “But if I was in that situation, I would want someone to help me, so that’s why we tried to help.”

The attack occurred shortly before 8:20 p.m. Thursday in the 400 block of Lillian Avenue, a residential street in east Stockton. Claudia Gallardo, a 38-year-old Stockton resident, sustained “massive” wounds and was pronounced dead at the scene, authorities said.

Javier Sanchez said he wishes he could have done more to help Gallardo, but the dog had already inflicted major injuries by the time he went over the fence. He said he had trouble sleeping Thursday night and had to wake up by 3 a.m. Friday for work.

“I had a bad night,” he said. “I slept only one or two hours. I was thinking all night about the dog and the lady and what I saw. It was hard. I’ve never seen something like that.”

Gallardo’s sister, Mireya Gallardo, cried while being consoled by a friend outside her north Stockton home Friday afternoon. She said her sister was a “giving person” and a loving mother who had three children, ages 12, 15 and 21, and two young grandchildren.

“She didn’t deserve this,” Mireya Gallardo said. “I don’t think anybody deserves to die that way.”

Olga Paez, the victim’s aunt, said her niece’s death has shocked, saddened and angered her family.

“Her kids are devastated, and there’s nothing we can do,” she said. “It’s just terrible. We want answers.”

Detectives continued to investigate Friday and still had many unanswered questions. It was unclear why Gallardo was at the home where the attack occurred, whether she knew the dog’s owner, Brian Hrenko, or if she jumped a fence to get into the yard, authorities said. Some neighbors said the pit bull terrorized other pets and people in the neighborhood. Others said they never had any problems with the dog.

The dog’s owner was not home Friday afternoon and couldn’t be reached for comment, but his ex-wife, Gloria Hrenko, spoke briefly outside the home where the attack occurred. She said her ex-husband wasn’t home at the time of the attack and that he is “distraught” over what happened.

“It was a horrible, horrible thing the dog did to her,” she said. “Whether she came over the fence or not, she didn’t deserve that. We feel just as bad as everybody about it. To whoever the girl’s family is, we’re really sorry it happened.”

-Claudia Gallardo, 38, of Stockton was mauled to death by a pit bull