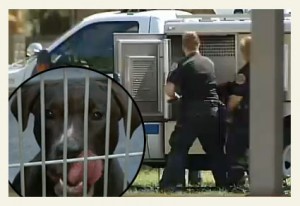 Dogs EuthanizedUPDATE 09/24/13: The three pit bulls that killed a 2-year old boy on Sunday have been euthanized, according to Maricopa County Animal Care and Control. The dogs viciously attacked the child and their owner, the child’s babysitter. The babysitter is still hospitalized from her injuries and told the field supervisor that she understands the severity of the situation and the unpredictable temperament of her dogs. She agreed to surrender her animals to be euthanized.Melissa Gable of Maricopa County Animal Care and Control said that a fourth dog was not put down. “This dog was the mother of the three other pit bulls and according to the owner, was not involved in the incident,” Gable said. “That dog came to the shelter spayed and will obviously not have any more puppies.”1 At the time of the attack, Czerniski was also babysitting four of the victim’s siblings, ranging from 6 to 9-years old. None of the other children were harmed.09/23/13: 911 Call After AttackThe babysitter continues to recover in the hospital after being attacked by her own dogs. 28-year old Lara Czerniski made the frantic 911 call from her Gilbert home just after 11:00 am. She told the dispatcher the 2-year old boy she was babysitting was bleeding badly after her dogs attacked him. When asked if he was still breathing, Czerniski said, “Barely.” She also told the dispatcher that, “His lips are turning blue.” The boy, named Daniel, did not survive the injuries inflicted by her dogs. Daniel’s aunt, Tinamarie Tardiolo, told Fox 10 News that Czerniski had babysat for the family for about 10-years, but watched the children mainly at their home in Mesa. She said that all five children had special needs. “My sister and brother-in-law have very big hearts, they adopted these 5 children all with special needs,” Tardiolo said. “Each one of them is so beautiful, they came from troubled homes, she welcomed them into her house and she has done a fantastic job with them.”Gilbert police are still waiting to talk to Czerniski about what happened on Sunday.09/22/13: Boy Killed by Pit BullsGilbert, AZ – A 2-year old boy was killed by up to three pit bull-mixes at his babysitter’s home on Sunday. The dogs had apparently been fighting when the little boy intervened. The toddler was declared dead at Mercy Gilbert Medical Center after the 11:11 am attack. The babysitter also suffered injuries trying to break up the fight, according to Gilbert police Sgt. Jesse Sanger. She was transported by ground to a hospital in Scottsdale and underwent surgery for her injuries.Police have been unable to interview the babysitter as of Sunday afternoon and were awaiting warrants to enter her home, Sanger said. The woman, 28, had been babysitting five children at the time of the attack. There were two boys and girls, each under the age of 10, also in the home when the attack began, but were uninjured, Sanger said. The babysitter had cared for the children before. Gilbert police have not released the name of the babysitter or the deceased child.Babysitting Fatal Dog Attack Scenarios 2013Of the 21 fatal dog attacks so far this year, 19% involve “babysitting” scenarios. The first was a reverse scenario. Betty Todd was killed by her son’s pit bull in January while babysitting his three children in Hodges, SC. The eldest child was able to “evacuate” her siblings from the home. In March, Daxton Borchardt was killed by his babysitter’s two pit bulls in Walworth, WI (See: Essay of a Fatal Pit Bull Mauling). In April, Jordyn Arndt was killed by her babysitter’s pit bull in Iowa.