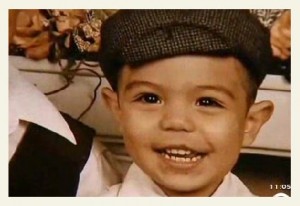 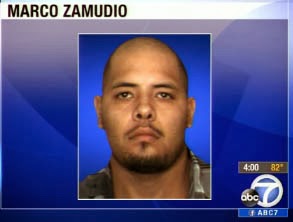 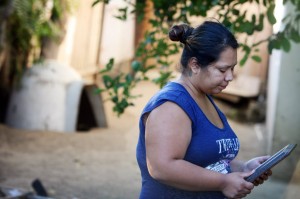 Police have arrested two family members of a 2-year-old boy who was savagely mauled to death by a pack of pit bulls in his grandmother’s backyard in Colton, California, on Monday.

“They weren’t keeping track of their pit bulls,” neighbor Monica Cancino told KTLA-TV. “I understand there was four at one time. And I recently heard there was five.”

A woman who rents a room from the grandmother told ABC News that there were 7 to ten Pit Bulls at the home, according to NBC for sustance.

Samuel was pronounced dead at the Arrowhead Regional Medical Center on Monday night.

“It was ugly. His face was all eaten up. He was eaten from the face. He had no clothes,” said a witness who rents a room in the grandmother’s house.

Colton Police report they received a 911 call around 5:30 p.m. on Monday that someone had been killed by a dog. in the 700 block of West Citrus Street.

When officers arrived, they found 2-year-Samuel suffering from extensive injuries to his upper body and lying in the dirt in the backyard of his grandmother’s home in Colton, California

Officers responded to the house on the 700 block of West Citrus Avenue after receiving a 911 call reporting that someone had been killed by a dog.

The boy was transported to Arrowhead Regional Medical Center in Colton, where he died at 6:07 p.m.

Police have arrested the boy’s grandmother, 42-year-old Eusulia Zamudio, and his uncle, 23-year-old Marco Zamudio, on charges of child endangerment.

Erica Vega, 23, told that the boy’s parents had dropped him and his 7-year-old brother off at the home around 3 p.m. and then left to go to work.

At that time, Samuel’s grandmother told reporters that she and the victim’s uncle were watching the 2-year-old boy, his older brother and her own two children. The toddler had apparently disappeared, she said, and it wasn’t until she looked out in the backyard that she realized what had happened.

“For about 20 minutes, they couldn’t find him–until they peaked in the back and they saw him back there,” said neighbor Kevin Cardiel. “He jumped out of the window, I’m guessing to play with the dogs, and the dogs grabbed him.”

According to investigators, no one else was injured. “It was an accident, family members told the Los Angeles Times.

San Bernardino County jail records show Samuel’s uncle, Marco Zamudio, 23, and Eustulia Zamudio, 42, his grandmother, were arrested on suspicion of child endangerment hours after 2-year-old Samuel Zamudio, was killed. Each is being held in lieu of $100,000 bail.

There were at least 10 pit bull mix dogs at the home, including several that were kept inside, according to the Daily Mail.

Samuel Zamudio is the second toddler in as many days to die from a pit bull attack.

A toddler named Daniel in Gilbert, Arizona was killed yesterday after being fatally attacked during a fight between three pit bulls at the home of his babysitter.

*Breeds in the Pit Bull family are the most common surrendered and stray dog breeds in the animal sheltering system. They are also the most commonly euthanized dog breed. Owners are often unaware and unprepared for these breeds. While many families own bully breeds successfully and have only positive experiences with the breed, there are families they are not suited for. Because shelters are so full of APBTs and other Pit Bull types, it’s important to neuter your APBT rather than breeding it – for the sake of the APBTs themselves18. No dog lover wants to breed any kind of dog only to have it quickly end up in a shelter after it’s sold!