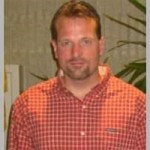 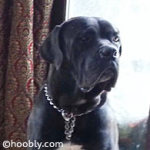 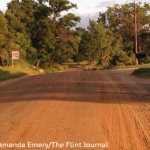 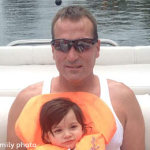 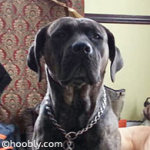 On July 23rd, 2014, about 5:30 pm, Craig Sytsma, a divorced father of three from Livonia was out for an evening jog. He was jogging on a rural road heading northbound near Brauer Road when he was suddenly attacked by two 3-year old cane corsos.

Police initially responded to the scene because of gunshots fired by a neighbor who was trying to scare away the dogs attacking Sytsma, who worked in Oxford Township.

“This happened near where I live and the state police came to my house while I was out walking because they believed it was me,”

said Don Richmond. Richmond, who works for Altair Engineering, Inc. in Troy and lives in Brandon Township near Metamora, said he is known for exercising in the area and a neighbor likely called the police thinking it was him. He noted that dog attacks had been a problem for him in that area as well. 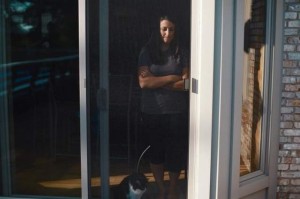 April Smith, 25, of Oxford recalls when she was attacked by the same Cane Corso that recently mauled to death a jogger on a dirt road in Metamora Township. / Kimberly P. Mitchell/Detroit Free Press

Oxford resident April Smith said she was attacked in 2012 by one of the dogs and is horrified that the owner is still in possession of the dogs.

“When I was attacked, I didn’t even see it running up to us until it was directly behind me with its teeth out and growling viciously. We were about three houses past the yard the dog lives in, so he ran 50 yards to catch up to us. He tore my leg in three different places and i had to get medical attention. There was a lot of bloodshed and it was very severe. I had bruising for months and had to endure physical therapy. This caused me a lot of pain.”

Smith said she filed a lawsuit against the owners, which has been settle. She said the owners have no fence around their house, which was one of the stipulations in the lawsuit.

“I cannot believe this happened to someone,” 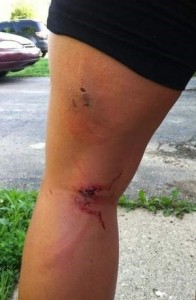 Smith shows her wounds from an earlier attack by the Cane Corso dog. / Courtesy of April Smith

“I’m not mad at the dogs, I’m so upset with the owners. I thought something would be done with these dogs, but nothing was done. Nother was ever done. Those dogs are vicious. It’s not a joke.”

“Animal control should have done something. It should have never gone this far. The fact this has led to a death, it’s sickening.”

Metamora Police Chief David Mallet said a neighbor who was cutting his lawn saw Sytsma lying in the ditch as the dogs were mauling him.

“The man described that it looked like he was wrestling with these dogs, but he was indeed being attacked by the animals.”

The dogs were initially described in the media reports as Bull Mastiffs.

Craig Sytsma was transported to McLaren Lapeer Regional Medical Center following the attack where he later succumbed to his injuries.

The dogs, which were younger than five years old, were quarantined at the Lapeer County Animal Shelter while the investigation continued. Lapeer County Sheriff’s Detective Jason Parks said the dogs were brought in by their owner, a 45-year-old man, and the authorities would seek to have the dogs destroyed if he relinquished his rights to them or they would take the matter to court if he fought to keep them. Parks said it would be in the public’s best interest to destroy the dogs, given the nature of the attack.

Under Michigan law, a person may be charged with involuntary manslaughter if he or she owns a dog involved in a fatal attack on a human. In 2008, a Livingston County woman was sentenced to 3.5 years in prison after her American bulldogs mauled to death a neighbor man and woman who was jogging along the road. 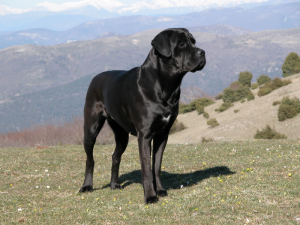 Due to their history as a guard dog, Cane Corsos are very protective of their families and territory. Proper fencing at least six feet in height and structurally sound is necessary to ensure they cannot leave the property to handle perceived threats. The fencing is also needed to prevent other animals (or unfamiliar children) from invading the dog’s territory and being attacked. Electric fences are never appropriate containment for this breed – Cane Corsos have no issue enduring the brief electric shock when they are alerted, and electric fencing doesn’t keep children out4.

The Cane Corso is known to drool and slobber excessively, especially after drinking. They require minimal grooming and are light shedders. They may need occasional brushing to remove dead hair. They are prone to medical issues that are common for giant breed dogs, such as bone and joint issues.  They can weigh between 88-120 lbs and typically live between 10-11 years.