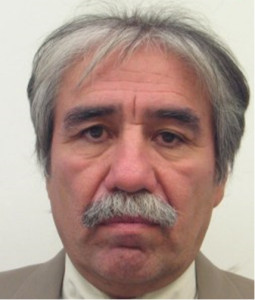 MADISON, N.C. — The Rockingham County Sheriff’s Office seized 15 dogs to investigate whether they are connected to a 62-year-old man’s death.

Jose Cruz-Cazares Robles was first reported missing by his family on Nov. 23, the Sunday before Thanksgiving.

He and his wife were in town from Mexico visiting family in Madison the weekend before the holiday. According to court documents, Cazares Robles went for a walk around 1 p.m. Sunday, like he’d done on other days during his visit here.

His family lives off Bethany Road. When Cazares Robles did not return home before dark, his family called the Sheriff’s Office. He was reported as a missing person.

According to a search warrant issued Nov. 24, detectives were searching the area the next morning when one officer observed “a pack of various dogs which aggressively confronted his vehicle in the roadway.” Another detective arrived and reported she was “also confronted aggressively by these dogs.”

Details Still Guarded
UPDATE 12/29/14: New information about the death of Jose Robles was revealed in late December. On November 24, Robles was discovered dead by Rockingham County deputies at the bottom of a steep embankment on McCollum Road. His clothes and shoes had been ripped off his body and he was covered in bite marks. Deputies seized 15 dogs belonging to Daniel McCollum of 1122 McCollum Road — previously unnamed — the home across from where his body was found.

The Cause of death is unknown at this time and the investigation is on going.

Mr. Cazares Robles and his wife, who are from Jalisko, Mexico were here in Rockingham County visiting with family when he left the residence yesterday around 1:00pm to go for a walk. When he didn’t return within a few hours, the family became concerned and contacted law enforcement.

MADISON — It was 1 p.m. and there was a chill in the air when Jose Robles left family he was visiting and went for a stroll down Bethany Road.

For Robles, 62, it would be the last steps of his life.

For his family, it was the last time they would see him alive.

About 10 a.m. the next day, deputies found Robles at the bottom of a steep embankment about a mile from where he was staying. He was dead.

At the time, the Rockingham County Sheriff’s Office wouldn’t release details of Robles’ cause of death and still won’t today due to an ongoing investigation.

But what we know now that we didn’t then was that Robles had been attacked — and 15 dogs found not far from where he died were probably responsible.

Sources for the death of Jose Robles: