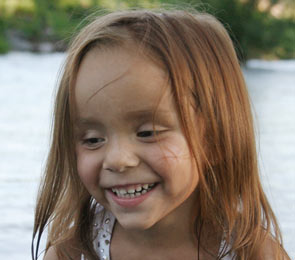 OGLALA, SD – The tragic news that an eight-year-old girl was killed by a pack of dogs on the Pine Ridge Indian Reservation Tuesday has one mother renewing her effort to protect children from these attacks.

According to several reports eight-year-old Jayla Rodriguez was sledding outside her grandma’s home Tuesday when she was attacked.

A FBI spokesman in Minneapolis tells KELOLAND News dogs were involved in the incident but agents are working with tribal officials to investigate the exact circumstances surrounding the girl’s death. Now authorities are telling parents not to let children be outside alone.

The situation renews a call on the reservation to control feral dogs. Back in 2006 the Oglala Sioux Tribal Council passed “Braedon’s Law” banning Pit Bulls, Rottweilers, Doberman Pinschers, and other vicious dogs. The law is named after a boy who was maimed by two dogs in 2003 when he was five years old.

“Braedon’s Law” not only bans vicious dogs and certain breeds from the Pine Ridge Indian Reservation but it also allows law enforcement and animal control officers to confiscate and exterminate the dogs.

“The attacks have been happening,” Braedon’s mother Ellen Fills Pipe said. “Being the current law and order secretary for the Oglala Sioux Tribe I hear a lot of the stories of attacks not only in Pine Ridge but throughout the entire reservation.”

A pack of roaming dogs attacked and killed an 8-year-old girl in the Crazy Horse Housing complex in Pine Ridge Tuesday evening.

Police Chief Ron Duke said the little girl was attacked around 5 p.m. while she was sledding near the housing area.

Pine Ridge authorities are looking for a pack of dogs that attacked and killed an 8-year-old girl Tuesday, and are warning parents not to leave their children outdoors unsupervised.

Deputy Police Chief John Mousseau said Wednesday that the girl, who has not been identified, was attacked around 5 p.m. while sledding near her family’s home along Highway 407 just south of Pine Ridge.

He would not release details of the incident, but said his department was “devoting every resource available to locate the responsible pack.” They had not found it as of Wednesday evening.

Police Chief Ron Duke told the Rapid City Journal that the girl’s death has renewed concerns about packs of dogs moving unrestrained in every district of the reservation. Duke was urging parents to not leave their children outdoors unsupervised until this particular pack was located.

But Mousseau, while acknowledging “we have a large dog population,” said it wasn’t entirely accurate to say there is an issue with packs of dogs roaming and terrorizing people across the reservation.

Police Chief Ron Duke said friends of the girl found her after the attack. He said the girl and her friends had been playing in the snow shortly before 5 p.m., when the incident occurred.

Duke said authorities were unsuccessful at locating the dogs that attacked the girl and are still searching for them, which he identified as mixed breed. Rottweilers, Dobermans and pit bulls have to be on leashes on the reservation, but the tribal council “hasn’t developed a good animal control law” addressing stray dogs, Duke said.

“It’s been an ongoing issue,” he said. “We don’t impound dogs. I don’t know if the tribe has the money to develop this, but we need some place where we could take the dog, place it in the impound or the kennel, and wait for the owners to pick it up.”

Mother Pleads for Enforcement
UPDATE 11/22/14: After the tragic mauling death of 8-year old Jayla Rodriguez, Pine Ridge Indian Reservation residents are reeling in grief. Jayla had been sledding near the Crazy Horse housing complex when she was attacked by the dogs. Law enforcement officials still have not located the attacking dogs and continue to investigate the circumstances around the girl’s death. One mother, however, is calling on Oglala Sioux Tribe officials to enforce the existing animal control ordinances.

Jayla Rodriguez, 8-years old, was mauled to death by two or more dogs on the Pine River Indian Reservation. At the time of the attack, she was sledding near her home. Police Chief Ron Duke said friends of the girl found her after the attack. No one actually witnessed the deadly mauling and authorities were unable to locate the culprit dogs.

Sources for the death of Jayla Rodriguez: