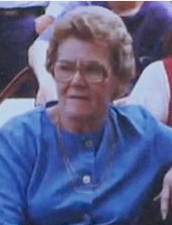 Bobbie Cheveallier was attacked Wednesday afternoon by two or three stray dogs after she took some trash to burn outside at her home on La. Highway 8, just outside Pollock. As of Friday afternoon, she was listed in critical condition, said a Rapides Regional Medical Center spokesperson.

Her son, who lives in the Prospect area, said nobody knows exactly what happened.

What they do know is that the boyfriend of a neighbor noticed three dogs as he was preparing to work on a project outside. Thinking it odd, the man walked over to investigate and found an unconscious “Miss Bobbie,” according to Randy Cheveallier. He yelled for his girlfriend to call 911, and the pair stayed with the woman until she was taken to Rapides Regional Medical Center by ambulance.

“It just devastated her,” Randy Cheveallier said of the neighbor. “She’s just been such an angel to momma since she moved there.”

It’s not known what type of dogs attacked Bobbie Cheveallier, but her son said the eyewitness told him two of the dogs appeared to be “wolf-like,” or looked something like German Shepherds, Chow Chows or some type of Chow mix. While the eyewitness reported seeing three dogs, a release reported two dogs responsible for the attack.

Grant Parish Sheriff Steve McCain confirmed Cheveallier’s death after it has been posted on social media.

Both of the 85-year-old woman’s legs had to be amputated above the knees after the attack. A search has been on since then for the stray dogs responsible.

Family of woman mauled by dogs speaks out

KALB – Grant Parish, Louisiana – Bobbie Cheveallier has lived on Virgil Cheveallier Road for more than 50 years. No one thought such a vicious attack would happen to her.

“I’m still angry. I can’t get over it. It was horrible,” said Tarver. “Bobbie, she liked going, and visiting, and talking. To think that someone’s dogs did this, just horrible.”

Wednesday evening, Cheveallier set out to burn some trash when she was mauled by dogs that had gotten into her yard. She passed away on Monday.

Tarver said, “I had begged her not to go out and burn trash and she said you know, you have to do something. So she went out to burn it and we’ll never know what really happened because nobody else was there. It’s just horrible.”

Cheveallier is remembered as being a people person, taking care of children throughout her life.

“My favorite thing about grandma Bob was that every time we came, she was always right at the door waiting for us to come in and hug us,” said her seven year old great grandson Clayton Badawi.

She was an independent woman, always giving her time to others.

“She was always trying to do something for someone else. I’m trying not to think about what happened,” said Tarver.

Several comments left at the news article expressed frustration at the handling of the case. “It does not matter if she was unconscious or not … the owners need to be held accountable for their animals actions,” wrote one. “If it would have been a person with a gun that committed this crime it would have been taken care of rather promptly. But they are unsure what to do about this case. So they come up with, ‘She was not conscious at the time of the attack.’ What?” wrote another.

Small jurisdictions often struggle after a horrific fatal dog mauling, not always knowing quite how to proceed legally. The Grant Parish Sheriff’s Office seemingly proceeded just fine by sending the autopsy and DNA testing to an out-of-state lab for results. Continuing to be silent about the breed(s) of dogs involved and details about the dog’s owner — who owned a whopping 14 dogs that escaped his property and fatally attacked a person — is an injustice to the community.

Sources for the death of Bobbie Cheveallier: