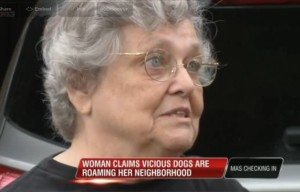 This was the second time in a month WREG has responded to a complaint about the dogs on Canyon Road.

“I’ve had this baby since he was five weeks old. He is my baby,” said dog owner Betty Brandon.

That is how she remembered her six-year-old Pomeranian, Shadow.

He was the first dog she ever owned.

She told WREG vicious neighborhood dogs tore him apart when she let Shadow outside to go to the bathroom Monday. 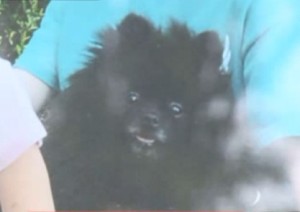 “I get out here, and they’re on top of him, and they’ve ripped him open,” Brandon recalled.

She said the dogs who attacked Shadow have made headlines before.

WREG reported about the dogs last month after neighbors complained that they were roaming the neighborhood.

“My dogs are not vicious,” said the dogs’ owner, who only wanted to be identified as Irma.

Irma said she has four dogs now of the German Shepherd and Pitbull breeds.

She said a man who used to stay at her home let the dogs outside while she was out yesterday.

She claimed he broke in.

The German Shepherd Dog is intelligent and versatile. They are courageous, intuitive, confident, and eager to learn their jobs. The German Shepherd is often used by police departments because the traits they possess make them favorably suited for public service. The German Shepherd is completely devoted to his owner and family.  With proper socialization and understanding of the breed they can interact and get along easily with other pets. They require daily exercise that is rigorous and expends their boundless energy.

German Shepherds need mental challenges and thrive on cognitive stimulation and problem solving. Attention to mental stimulation is highly recommended for owners of GSDs. Daily outings or walks would are critical to their health and well being. Proper socialization in addition to basic obedience beginning with puppyhood is important. They can be cautious with strangers and they will likely bark assertively if they sense danger.