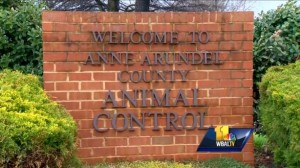 By WMAR Staff – 7:12 AM, Apr 14, 2015
The owner says this wasn’t the first time Susquatch and Grizzly, a pair of young, mixed Rottweillers had gotten out of their fenced-in yard, but this time they headed for Woodside Elementary School in Glen Burnie where a fifth grade student would end up running for his life.
“He was walking home when he noticed these dogs.  He was a little bit frightened by the size of them and started running.  The dogs then chased him, knocked him down and began biting him several times,” said Justin Mulcahy of the Anne Arundel County Police Department.
As the dogs mauled the 10-year old, biting him about the face, the arms and torso, the owner’s daughter, who was out searching for the animals, witnessed the attack and tried to pull them off of him.
When her father arrived moments later he told ABC2 News that the blood-covered young boy was lying motionless on the ground and he feared he had been killed.
Click here to read more 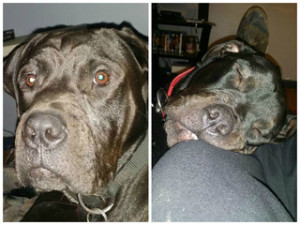 POLICE SAY TWO DOGS JUMPED THEIR OWNERS FENCED TO ATTACK THE BOY. THE DOGS GOT ON THE GROUNDS OF WOODSIDE ELEMENTARY SCHOOL.

LOWELL: THE TWO DOGS WERE ONE-YEAR-OLD ROTTWEILER LAB MIXES. CERTAINLY A FRIGHTENING ORDEAL FOR THE LITTLE BOY. WE SPOKE TO THE DOGS OWNER EARLIER. HE SAID HE IS DISTRAUGHT OVER THE ENTIRE SITUATION. HE HAS NO IDEA WHY THE DOGS ATTACKED, BUT BECAUSE OF WHAT THEY DID HE FELT HE HAD NO CHOICE BUT TO TURN THE DOGS AND AND HAVE BEEN PUT DOWN. .

POLICE SAY IT WAS 4:00 MONDAY AFTERNOON WHEN A 10-YEAR-OLD BOY WAS WALKING HOME AFTER SCHOOL. ALL OF A SUDDEN, HE WAS ATTACKED BY TWO ROTTWEILER LAB NEXT DOGS THAT HAD JUMPED THE FENCE. THEY MILLEY JUMPED ON HIM, NOT TOO MUCH THE GROUND, AND IT HIM SEVERELY.

11 NEWS TALKED TO THE DOG OWNER. HE WAS NOT AVAILABLE FOR ON CAMERA INTERVIEW. HE SAID HIS DAUGHTER WAS WATCHING THE DOGS. WHEN THEY ESCAPED . SHE CALLED HIM AND HE CAME HOME TO HELP HER LOOK. HE SAYS IT WAS HIS DAUGHTER WHO MADE THE DISCOVERY. SHE CALLED FOR HER FATHER WHO RIPPED THE DOGS OFF THE BOY. SHE WAS IN SHOCK. THEY HAVE NEVER SHOWN ANY KIND OF AGGRESSION OR GROUND. 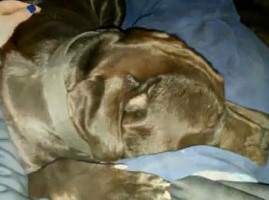 Paramedics took a 10-year-old boy to Johns Hopkins Children’s Center after he was bitten by two large dogs on the property of Woodside Elementary School around 4 p.m.

“They ultimately jumped on him, knocked him to the ground and began biting him pretty severely, several portions of his body, very serious injuries,” Anne Arundel County police spokesman Justin Mulcahy said.

WBAL-TV 11 News spoke on Tuesday with the dogs’ owner, who was very distraught. He said he has no idea why his dogs attacked, as he said 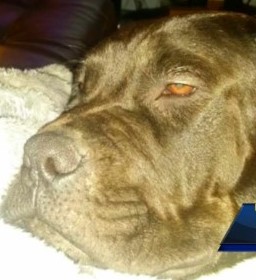 they were friendly. He also said because of what they did, he felt he had no other choice than to put the dogs down.

The dog’s owner, who identified himself as Aaron, spoke to 11 News over the phone, as he was not available for an on-camera interview.

He said his daughter was watching the dogs – 1-year-olds Sasquatch and Grizzly — when they escaped. She called him, and he came home to help her look. He said it was his daughter who made the discovery. She then called for her father, who ripped the dogs off the boy.

“She was in shock, because the dogs have never showed anger or never growled,” Aaron said. 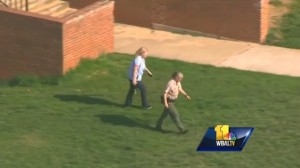 The boy was attacked in an open area near a portable classroom at Woodside Elementary School, at 160 Funke Road, around 4:04 p.m.

The boy was frightened and ran, prompting the dogs to chase after him. The dogs attacked the boy causing serious bite wounds and lacerations to several parts of his body, Mulcahy said. 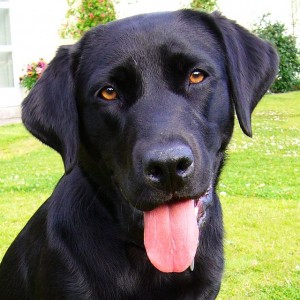 Labrador Retrievers have been described as having descended the St. John’s Dogs of Newfoundland or “Newfies”. These water dogs were used on boats to assist fishermen in pulling in nets and saving drowning victims. Because of their outstanding temperament and qualities they were adapted and trained to help hunt and retrieve fowl. They are superior retrievers and one of the most common breeds today. Labradors are often chosen to be service dogs or guide dogs for the blind.

Labrador Retrievers are popular pets due to easygoing nature and are favored by even non-hunting families. Labradors are very trainable and it is recommended that they start training while in puppyhood. If they are socialized in the kind way all puppies should be, Labradors grow up to be incredibly friendly, obedient, patient, and energetic dogs. Labradors are great playmates with children and other dogs. They enjoy exercising and being active outdoors. Being bred to retrieve in lakes and the ocean, Labrador Retrievers are excellent swimmers and love water. They will share, enjoy socializing, and love being treated like one of the family. Labradors thrive on companionship and enjoy being part of family.

While Labradors are not known for having issues with aggression, some lines have a number of less desirable traits. Some pups have difficulty focusing their attention, and their over-friendliness can become annoying. Their over-friendliness can even become dangerous as they reach adolescence and joyously jump up on people to greet them. These problems are easily solved by skillful use of rewards while the dog is still a pup. It’s important to train a Labrador pup – with reward based methods – that all four feet belong on the floor, and that sitting is the best way to greet people. Labradors learn incredibly quickly to do anything the owner rewards, be it with food or with attention. A Labrador pup will quickly learn to concentrate and even do a long ‘stay’ once they understand that this is rewarded behavior. This trainability means that owner mistakes 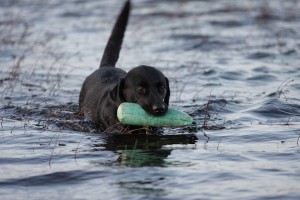 can easily train annoying (though harmless) behavior, more so than with many other breeds. You don’t have to punish the Labrador pup, but owners should be careful not to reward any behavior that will become annoying when the pup gets bigger.

Click here to read more about the Labrador Retriever