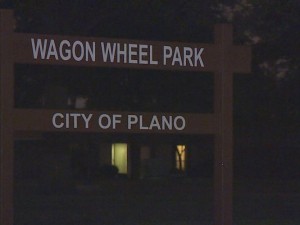 PLANO — Seven people are recovering after being attacked by two dogs in Plano.

Police say the incident began at the Park Springs Townhomes off Alma Drive Sunday at about 7:15 p.m. when the dogs escaped from a nearby townhome.

After they attacked six people, including a 5-year-old girl, Plano police officers chased them to a nearby park where one officer was attacked. Another officer then shot and killed one of the dogs.

Police say the dogs, described as shepherd mixes, have been known to be aggressive in the past.

PLANO (AP) – Police say seven people have been bitten by two aggressive dogs in an attack that ended when a North Texas officer shot and killed one of the German shepherds.

Plano police on Monday said the victims have injuries not believed to be life-threatening.

Officer David Tilley says the officer who was bitten Sunday night has a leg wound and was treated and released from a hospital. Six other victims have lesser injuries.

PLANO (April 13, 2015) Seven people were bitten by two aggressive dogs in an attack that ended when a Plano officer shot and killed one of the German shepherds, police said.

The victims’ injuries were not believed to be life threatening, Plano police said Monday.

An officer was among those the dogs bit in the attack Sunday night.

The officer suffered a leg wound and was treated and later released from a hospital, Officer David Tilley said.

Plano police on Monday said the victims have injuries not believed to be life-threatening.

Officer David Tilley says the officer who was bitten Sunday night has a leg wound and was treated and released from a hospital. Six other victims have lesser injuries.

Officers responded to 911 calls about two loose dogs biting people at a townhomes complex and near a park. Tilley says an officer chased one dog, was bitten, then fatally shot the animal. 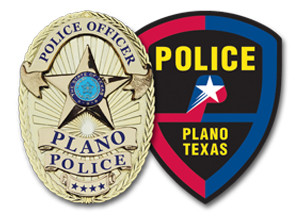 The owner of two aggressive German Shepherd-mix dogs that attacked seven people just after 7 p.m. on Sunday has been issued citations by Plano Animal Services for not registering the animals and failing to provide proof of a rabies vaccination. Both citations can carry a fine of up to $500.

When the Plano Police Department responded to a 911 call regarding two aggressive dogs “running loose and biting people” at the Park Springs Townhomes, they arrived to a chaotic scene, said Officer David Tilley, Plano PD spokesman.

“There were 30 or 40 people outside pointing where to go to find the dogs,” he said. “People were up on top of their cars … it was kind of bizarre that people were standing on their cars for safety. They were clearly afraid of these dogs.”

After biting several people – including a 5-year-old girl – at the townhomes, located near Alma Drive and Spring Creek Parkway, the dogs ran through an opening in a fence. Officers were able to corral one of the dogs into a backyard, where it was secured until Animal Services responded. The other dog took off, and ran west into Wagon Wheel Park, where it was intercepted by officers.

The German Shepherd Dog is a large canine, weighing between 75-90 pounds when full grown. The GSD’s coat needs brushing daily and will shed usually twice a year. Hereditary diseases to be aware of include elbow dysplasia, blood disorders, digestive problems, chronic eczema, keratitis (inflammation of the cornea), and skin allergies. Show lines can have hip dysplasia so serious that it  cripples the dog at a young age. The GSD has a life expectancy of approximately 13 years.