SNELLVILLE, Ga. — The mother of a 4-year-old boy says a neighborhood dog attacked her son.

Sara Hay said she’s thankful her son Xander survived the dog attack, which left him with 17 stitches in his right leg and buttocks last month.

Welfare, the 15-year-old Akita was on its owner’s patio on a tether, near the common area, at the time.

Exactly what prompted the dog to attack is still unclear. But, according to the report, the dog has bitten before.

The Akita is a strong and independent breed. They can be very dominant and are not for the inexperienced owner. Akitas are described as very “cat” like because they like to be clean and will take time to groom itself or companions. They are usually docile, calm, and intelligent. They are not barkers and often vocalize using other sounds. While they can be affectionate with their family members, they are often aloof with strangers. They are very protective of their families and can become dangerous if they perceive a threat. They can do well with the familiar children in their household, but may not tolerate all children. Caution should always be taken because of their history and size. Like all breeds, they retain the traits needed for their original functions. We don’t recommend Akitas for families with young children. 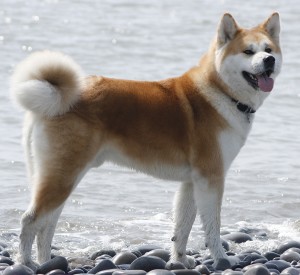