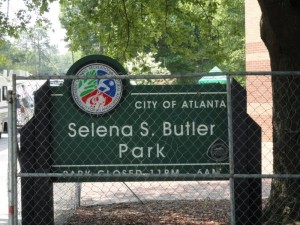 The dog was not on a leash at the time of the attack in a park near Midtown, police say.

An 11-year-old child was bitten by a dog who was not on a leash in an Atlanta park on Saturday.

According to CBS Atlanta, five of the six dogs being walked by the owner were unleashed in Butler Park when Jacorian Smith and his brothers jumped out of their mother Cristina’s car to play. One of the unleashed dogs attacked Jacorian and bit him several times.

Boy bitten by dogs identifies them to animal services 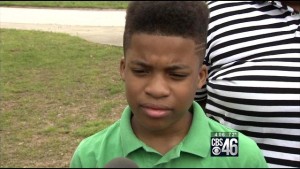 ATLANTA (CBS46) – An 11-year-old boy attacked by multiple dogs pointed the dogs out to animal services on Monday.

Saturday, Jacorian Scott was bitten after a woman was walking at least five dogs, none of them on leashes, at Selena Butler Park in Atlanta.

“I got bit and it hurts. My bottom hurts. My back. When I lay down it’s hard for me to lay down,” said Jacorian.

Jacorian received bite marks to his back, legs and bottom.

Just walking in to see the dogs was an accomplishment.

“It was scary. It was just scary. Painful,” said Jacorian.

When asked why it was painful, Jacorian said, “Because I already experienced being attack by dogs. I’m thinking they might break out of the cage or something.”

“Last night he woke up out his sleep, crying because he heard a dog barking and it was in his dreams,” said Cristina Scott.