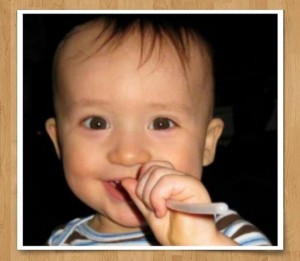 “Everything is telling us these animals are safe if you raise them right,” said Jeff Borchardt, an East Troy, Wis., man whose 14-month-old son was mauled to death a year ago by two pit bulls that tore the child from the arms of their owner, who was baby-sitting. “My son’s dead because of a lie, because of a myth. My life will never be the same.”

The two dogs that killed Borchardt’s son had lived with their owner since soon after they were born, were well-cared for and had no history of aggressive behavior, he said. Both had been spayed or neutered.

That contradicts the contention that only mistreated, neglected or abused pit bulls attack people.

Colleen Lynn, founder of DogsBite.org, pointed to a friend-of-the-court brief her organization submitted in a 2012 case in which the Maryland Court of Appeals declared pit bulls “inherently dangerous.”

“Appellate courts agree with us. Doctors and surgeons agree with us. That is credibility right there,” Lynn said. “We also have the support of three divisions of the U.S. military, huge, massive bodies in the U.S. government.”

The Marines, Army and Air Force all have banned dangerous dogs — including pit bulls and rottweilers — from their bases because of the “unreasonable risk” they pose to safety, Lynn said.

On the other side stand the American Bar Association and National Animal Control Association, which oppose breed-specific laws because they are discriminatory against a type of dog that isn’t really a single breed.

The Reality:
The term “pit bull” in lower-case letters refers to three closely-related breeds. The original breed was the Staffordshire Bull Terrier, a dog bred for pit fighting in the 18th and 19th centuries in the UK. After importation to the U.S. in the late 19th century, they continued to be used for fighting, but were bred to be taller and heavier. These larger cousins were then registered in the UKC as “American Pit Bull Terriers” (1898) and in the AKC as the “American Staffordshire Terrier” (1936).  Note that these are identical breeds under two different names, and many individuals hold conformation championships in both registries.  In addition, some of the original, smaller dogs were reimported from the UK and were recognized in the AKC as the original “Staffordshire Bull Terriers” (1935).

A recent ASPCA study revealed that 93% of shelter workers were able to properly identify a “pit bull,” meaning one of the three closely-related (or identical) breeds above (click here to see the study).

The American Pit Bull Terrier is actually one of the purest and oldest of registered breeds. The second-largest national kennel club in the world, the UKC, was originally founded in 1898 for the express purpose of registering fighting pit bulls. For approximately the first 50 years, a pit bull not only had to be purebred, but had to win 3 dog fights in order to be registered with the UKC. Today, these dogs’ descendants compete to win prizes in conformation, weight pull, and other sports. Thousands have earned the title of UKC Conformation Champion.

Verdict: The three “pit bull” breeds, including the American Pit Bull Terrier, are just as purebred as St. Bernards, Schnauzers or Dalmatians. 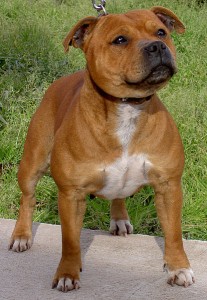