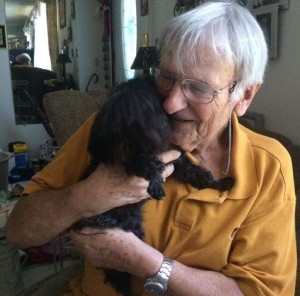 DELTONA — Nigel Bailey always believed that stories about pit bulls attacking people or other animals without provocation were exaggerated. Not any more.

According to a Volusia County Sheriff’s Office report, Bailey was walking his dogs in the Brighton Avenue and Derby Drive area of Deltona about 10 a.m. when the pit bull attacked. A neighbor, Lorenzo Smith, heard Bailey’s cries for help and shot the dog in defense of his neighbor, the report states.

Bailey is recovering from puncture wounds to his right leg and left arm.

On Wednesday, Smith said he had never seen a vicious dog attack like the one last week. Smith was in his backyard working in his garden when he heard Bailey screaming for help.

Lorenzo Smith told The Daytona Beach News-Journal (http://bit.ly/1bA4ubc ) Wednesday that he heard Bailey’s screams and watched the dog became more violent as Bailey tried to protect his dogs. Smith grabbed a gun and shot the dog.

The dog’s owner said there was no justification for the shooting. Animal control officers say they’ve had previous reports of the dog roaming the street.

A Volusia County Sheriff’s arrest report says Nigel Bailey was walking his two small dogs on April 17 when a pit bull appeared “out of nowhere” and attacked him and the dogs.