Skip to content
Home » Blog » Dog Attacks In The News » LaPorte, IN – 10-year-old, Hunter Scott, attacked by a pit bull for the 2nd time in less than a year 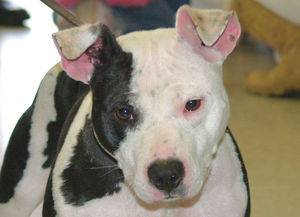 LAPORTE — For the second time in less than a year a Rolling Prairie Elementary School student is recovering from a serious injury after being bitten by a pit bull in his LaPorte neighborhood.

The attacks were by two different dogs with different owners.

”He’s scared to go out in the neighborhood and walk to a friend’s house around the corner because he’s afraid he’s going to be bit again,” said his mother, Sunsaerae Budimier.

The latest attack occurred Tuesday when Hunter Scott, 10, was playing with a friend on the friend’s front porch on Oberreich Street in the northeast part of the city and the dog ran through an open front door.

Hunter received 12 stitches to the outside of his right arm and numerous sutures on the inside of his arm to close the wound, the mother said. Police said the boy suffered a four-inch long laceration that was one-inch deep.

”He has to go to an orthopedic surgeon to make sure there was no damage to the bone or to the tendon,” Budimier said.

Hunter received nearly 40 stitches to his face last September when attacked by another pit bull in the 200 block of Darlington Street.